Water Footprint Definition And Use 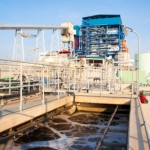 A water footprint is calculated by examining data based on average water use. An accurate water footprint would also take into account any water contaminated during manufacturing as this is made unusable. Although water footprints are not perfect, they can provide a framework to allow consumers and managers to conservative with their water usage.

Why is the water footprint concept useful?

Sustainable water consumption is becoming increasingly important. Freshwater availability is already limited. In many parts of the world it has already exceeded sustainable levels and is often unequally distributed. Population growth and an increase in demand will cause further decreases. There are many areas in the world where serious water depletion and pollution already takes place. Rivers running dry, dropping lake levels and groundwater levels are real problems. The United Nations estimates that by 2050 more than two billion people in 48 countries will lack sufficient water. Approximately 97% to 98% of the water on planet Earth is saltwater. Much of the remaining fresh water is frozen in glaciers or the polar ice caps. Lakes, rivers and groundwater account for about 1% of the world’s potentially usable freshwater. Making the situation even worse, 95% of the world’s cities continue to pollute water supplies, dumping raw sewage into rivers and other freshwater supplies, making them unsafe for human consumption.

Water availability is further complicated by climate change. Global warming is melting glaciers in Polar Regions. This poses several problems to freshwater supplies. Firstly, an increase in the ocean volume will cause sea levels to raise causing contamination of freshwater sources among coastal regions. Secondly, freshwater stored in these glaciers will mix with saltwater in the oceans and become too salty to drink.

People need water to survive. Water is essential for producing food, clothing, and computers, moving our waste stream, and keeping us and the environment healthy. But humans have proved to be inefficient water users. The challenge we face now is how to effectively conserve, manage, and distribute the water we have.

So what can you do to reduce your water footprint? At home reducing your direct water footprint is pretty easy. On average our toilets account for around a quarter of our daily water usage. Making savings here can have a huge impact. Simply find a half gallon container and fill with gravel or sand and place in the tank. This means every time the toilet is flushed that water is displaced and half a gallon of water is saved. Another simple but effective tip; don’t leave the tap running! Get into the habit of turning the tap off when you don’t need it, for example while brushing your teeth. But it’s not just the bathroom sink you should be thinking about, the kitchen is just as important. When you’re rinsing vegetables or dishes, fill the sink a few inches — don’t just use a running tap. Keep drinking water in the refrigerator so that you don’t need to run the water until its cold each time you want a drink. Another easy change to make is taking shorter showers, by simply cutting down your shower by one minute you’d save around 2,000 gallons per year.

About the Author Megan Smith

Megan Smith is a third year student studying Ecology and Wildlife Conservation in Bournemouth. She has completed work placements with the Research Institute for Nature and Forestry and the UmPhafa Reserve in South Africa, owned by Colchester Zoo. She plans to go on to do a masters degree once she graduates.