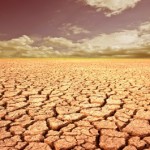 People need water to live, but every continent is affected by water scarcity. In the last century, use of water grew more than twice as fast as the human population. Approximately 1.2bn people – nearly a fifth of the world’s population – now reside in areas where water is scarce, with a further 500 million people nearing this situation. Water scarcity is one of the greatest problems faced by many societies in the 21st century.

While the world is not short of water, covering as it does 70 percent of the planet, only three percent of this is freshwater and only a third of that is not in the form of glaciers or otherwise unavailable for use. It is this remainder that can be drunk, bathed in and doled out into fields and it is distributed unevenly with too much polluted, discarded or unsustainably managed. The problem can only become worse as cities and populations grow and more water is required for households, agriculture and industry.

To hydrologists, a place has inadequate water if there is less than 60,035 cubic feet per capita. If there’s less than 17,657 cubic feet per person, there is “absolute scarcity.” Water scarcity can be due to social factors such as affluence, behaviour, lack of infrastructure or altered supply factors, for instance climate change. If climate change continues as it has, nearly half the people of the world will live in areas of high water stress by 2030, and between 24 and 700 million people could be displaced. Water can be scarce even in places where there is much rainfall or freshwater. The largest number of water-stressed countries is found in sub-Saharan Africa.

When there’s scant water, people’s potential is limited by the time spent accumulating water and suffering from diseases caused by water or a shortage thereof which lead to lost economic output now or in the future, due to curtailed education. Crops can be lost, causing hunger. People can clash over the use of the available water. Families can break down and people can be socially isolated. This suffering is needless.

When water is in short supply, people will use unsafe sources and cannot bathe or clean their clothes or homes. There can arise diseases such as trachoma – an eye infection that can cause blindness. If the quality of water is poor, there is a heightened risk of diarrhoeal diseases such as cholera, dysentery and typhoid fever, which kill two million people, mostly children, every year. Another result of wanting for water is that people store it in their homes, which carries a higher risk of contamination and attracts mosquitoes carrying malaria, dengue fever and other diseases.

Animals can also languish, as demonstrated in the districts of Madurai and Dindigul in India, where gaurs, a kind of massive and majestic wild ox, searched for water and died from falling into wells, with some gaurs attacking people along the way. Gaurs are seen walking feebly, parched by thirst.

The United Nations instituted World Water Day to draw attention to the problem. Its Millennium Development Goals have the aim of ensuring everybody in the world has enough water.

Water scarcity is a problem even in the European Union. In the last thirty years, droughts have drastically increased in both number and intensity, with the areas and people affected growing by almost 20 percent. Water is scarce in 28 river basins. 10.7 percent of the European Union is under water stress perennially, rising to 23 percent in the summer. Northern Europe is increasingly affected. The southeast of the United Kingdom, which includes the River Thames, could suffer water scarcity all year round by 2030.

Even in the Alps, there can be water scarcity for short periods in particular areas that affects not only tourism, for instance artificial snow-making, but also drinking water, agriculture and hydropower generation. Drought costs money. In 2011, the United Kingdom, France, Germany and Poland suffered to an extent that is not yet known. In 2008, however, Portugal and Spain are known to have lost USD/0.19/GBP0.13/EUR0.15 bn and in 2007 Greece and the rest of southeastern Europe lost more than USD1.9//GBP1.29/EUR1.15 bn, which happened again to the southeastern United Kingdom in 2006. USD/15/GBP10/EUR11.6 was lost by all EU members in 2003.

The people of the United Kingdom are among the most prolific users of water in Europe, and London is drier than Istanbul. The equivalent of 65 Olympic-sized swimming pools is used a minute. People can follow the Code for Sustainable Homes. A key measure is to meter water.

Taps should be used as little as possible, spewing as they do 0.17 cubic feet of water a minute. Vegetables and fruit should be washed in a bowl rather than under a tap. What remains can be used to water plants. If a bottle of water is kept in the fridge, taps don’t need to be run until the water is cold. Obviously, taps should not be allowed to run while people brush their teeth, shave or wash their hands.

Washing machines and dishwashers should operate only when they are full. Rainwater can be collected for watering gardens and washing cars. Water-saving devices such as optimised shower heads and insert flow restrictors can be used. Plumbing should be properly maintained, with worn tap washers replaced because a dripping tap wastes as much as 0.14 cubic feet of water a day, pipes lagged in time for winter and leaks sought.