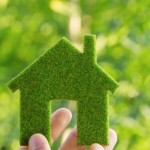 Kevin McCloud, a co-founder of the Grand Designs Future Living home retrofit company, declared, “There are some 26 million homes in Britain, most of them about as well insulated as a rabbit hutch.” There’s good reason to rectify this. Research by the British Department of Energy and Climate Change (DECC) examined more than 300,000 property sales in England from 1995 to 2011 and found that making houses more energy efficient raised their value by an average of 14 percent, or USD24,600/GBP16,000/EUR18,860.

James Brooks of Brooks Estate Agents provided support, saying that energy efficiency was a new factor dictating the saleability of houses. He mentioned that when people buy or sell houses, his company advises them to consider factors summarised by the acronym, SALE, standing for Size, Aesthetics, Location and Efficiency. He added that rising fuel bills were making people more aware of the impact of energy efficiency.

The DECC’s research was the most comprehensive in this arena, ever. Greg Barker, the Energy and Climate Change Minister, pointed out that the government provided assistance in the shape of the Green Deal, which is described by the DECC as “the biggest home-improvement programme since the Second World War.”

There are more than 40 possible steps that can make a home more energy-efficient, including insulation, double glazing and draught-proofing. Under the flagship Green Deal programme, people can take out loans for these measures and then repay them over as much as 25 years. The Green Deal was launched in January, 2013, but only 200 households had taken advantage of the scheme by June, 2013. In 2012, Barker said he hoped that 10,000 households would take advantage of it by the end of 2013, which in June he maintained was still realistic, while the government’s target is to insulate 14 million homes by 2020.

One problem is that loans are associated with properties rather than owners, which entails that a sordid credit history is no problem but makes people cautious because they fear an impact upon their ability to sell a house. Another is that the interest rate of seven percent has been widely-accused of being too high.

Luciana Berger, the energy spokeswoman of the opposition Labour party, remarked, “It looks like people are saying, ‘No deal.’” Mike O’Connor, speaking for the watchdog body, Consumer Futures, affirmed, “A slow start should have been expected for the Green Deal, but it has clearly not fired consumers’ imaginations.” This was, he said, because people were not swayed by the financial aspects, and he recommended that stronger incentives be provided, including tax. Paula Owen, an independent energy consultant, said, “Some areas of the housing industry are putting that fear into people’s minds too,” and recommended that more effort be made to inform the public of the arrangement.

The houses of the United Kingdom are the least energy efficient in Europe, wasting USD3.8/GBP2/EUR2.95 billion of energy every year. A quarter of the country’s carbon emissions arise from energy used in homes. John Alker, the Director of Policy and Communications of the UK Green Building Council, said that energy efficiency not only reduced bills but made houses more comfortable, and added to a property’s value in the same way as a new bathroom or kitchen.