Working From Home Sustainability Tips
15 Corporate Social Responsibility Examples
25 Go Green Ideas For The Office That Will Rock Your World
LEED GA Practice Exams: The 4 Best Options Available
Carbon Fees 101: What Are They and Why Do They Work?
Vampire Energy 101: What It Is and 3 Ways to Reduce It 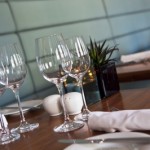 Improving social and environmental impacts is a winner with diners, according to the latest research report from the pioneering Sustainable Restaurant Association (SRA). Discerning Diners makes the business case for sustainability, finding that 56% of consumers are prepared to pay more at a restaurant that invests in a greener, fairer future.

The SRA is a much-needed initiative, launched in 2010 to enable food services businesses to understand their impacts and make improvements. Their rating system scores restaurants against 14 criteria, addressing a range of issues relevant to sourcing, environment and society.

Each establishment is given three key actions to implement annually, drawing their focus to selected issues without asking for unmanageable levels of change. By providing a range of useful resources and services, including issue-specific factsheets, a suppliers’ directory and consultancy, the SRA is making itself into a one-stop-shop for the food businesses of the future. And it’s not just for companies; consumers who don’t want to leave their ethics at the restaurant door will find their Restaurant Guide an invaluable resource.

The report identifies interesting shifts in consumer priorities when it comes to restaurant sustainability. In 2009, 45% of those surveyed identified organic produce as a key consideration; in 2013, this had slipped to just 5%. Sustainable fish has also dropped out of the top 4 consumer concerns, with health and nutrition issues and food waste taking their place.

The findings may be a sign that national awareness-raising campaigns like Change4Life and Love Food Hate Waste are having the desired impact. Whilst these campaigns largely focus on individual choices made in the home, their influence is filtering into consumer choices across the board including expectations of restaurant behaviour. Local sourcing of produce has maintained its appearance in the top four diner concerns (along with employee treatment), but the report suggests that its actual meaning has shifted. Food miles were previously the main focus here, but it is now being used as a catch-all term for a range of issues surrounding provenance and integrity.

The horsemeat scandal is likely to be one cause of this. Whilst it mainly hit food retailers and their supply chains rather than restaurants, Ikea and its famous meatballs were notoriously caught out and consumers’ eyes opened to a whole new cause for concern. This is an interesting demonstration of why businesses need to consider the holistic environment consumers’ operate in and be capable of reacting to its changes.

The research, advice and ratings provided by the SRA are doing a vital job: the branded restaurant market has an expected turnover of £16.4bn in 2013 and strong growth is predicted overall as eating out becomes the ‘new normal’. With impressive potential profit comes power, and it’s essential to our environment and communities that restaurants use it effectively. There are a huge range of actions that food businesses can take, from a new pop-up market stall to a Michelin-starred fine diner. Rehabilitating the idea of taking leftovers home, establishing sourcing policies for fish or palm oil, or examining the energy efficiency of properties are just a handful of examples.

The SRA has a good mix of business and civil society experts in its advisory network, protecting it from ‘greenwash’ whilst maintaining a business-case understanding. However, based on the information available on its website, tax is an omission from its ratings criteria. Over the last couple of years, tax has become a major CSR issue and potential pitfall for company reputation.

Consumers are waking up to the reality of austerity for themselves and tax avoidance for the businesses they buy from. Starbucks has already felt the burn and McDonalds found itself on 38 Degrees petition hit list during the Olympics. As Discerning Diners notes, many restaurants operate in a highly competitive arena: taking a clear stance against profit shifting and other notorious tactics would protect them from significant potential damage, as well as benefiting community and country coffers. It will be interesting to see if next time the SRA surveys consumer concerns, tax makes an appearance.

For those of us who don’t own a food business, we need to start asking questions at our favourite eateries. Finding out what they’re doing to address their impacts and making it clear that consumers care is a surefire way to spur this sector into a sustainable future.