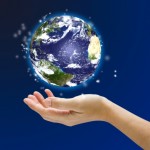 Donald Trump recently stated that ‘the concept of global warming was created by the Chinese’ in order to thwart manufacturing productivity in rival nations.

Whilst even the most ardent Climate Change denier would not agree with this statement, one could be forgiven for thinking that Climate Change has recently become a myth to powerful politicians worldwide.

Where did it go wrong?

At the beginning of this century, the action of grass-root campaigns coupled with physical evidence of our planet changing created a momentum surge which reached boiling point at COP 15 Copenhagen in 2009.

This potential catalyst for a shift in how the world perceives and acts on Climate Change ended in arguments, inaction and despair. Since the anti-climax of COP 15 and the worldwide economic downturn, Climate Change has dropped off the political battleground and become political poison.

In the UK, the economic problems have digressed attention away from Climate Change, which would require investment up front to tackle. Therefore the phrase has been stored in the loft, saved only as a footnote in key political speeches. Why are politicians afraid to accept Climate Change as one of the greatest problems civilisation has faced?

Dedicating more time to discussing and raising awareness of Climate Change could encourage a stable market for renewable energy investment and educate people about a life that is more sustainable. In turn, creating jobs and bolstering the economy, two of the major problems throughout the UK, and in fact, the world. This idea was consolidated by a Green Alliance report highlighting that over a third of the UK’s economic growth in 2011/2012 is likely to have come from the green sector.

Across the Atlantic, a similar story exists. The words ‘Climate Change’ were largely absent from the US presidential race, saved only as a reflex to hurricane Sandy. With $2.6 billion being used to promote the candidates and 62 million people, on average, viewing the three debates – surely it was the perfect platform to address Climate Change, and raise awareness of the challenges we face.

Unfortunately this was not the case. Other issues dominated the agenda, such as the economy and national security, showing once again a fear from politicians in accepting Climate Change as a problem and a failure to see how addressing Climate Change could provide benefits in other key political issues.

Instead of pitching Climate Change against the economy, thereby automatically ensuring it is a poisonous political topic; leaders should recognise the symbiotic relationship between the two and start to use this as the centre pin of their campaigns.

The worldwide delay in action

On an international level, the trend seems to be side-lining any action for the future. For example, the Durban Platform for Enhanced Action will not come into play until 2020, by which time most current politicians will not be in power and thus dodging the proverbial Climate Change bullet.

At the end of 2012 in Doha, a new commitment period for the Kyoto Protocol was secured. Unfortunately the countries involved account for only 15% of worldwide greenhouse gas emissions and it covers no emerging players like USA, China, India, Russia and Brazil. These countries would rather concentrate on 2020, therefore not running the political risk associated with investing funds in Climate Change mitigation strategies now.

A change is needed

With flooding, droughts, hurricanes and melting ice caps all playing a large part in 2012, as well as there being more to lose than there ever has been – 2013 is a key year in the fight against Climate Change.

A landmark study in the struggle to contain climate change, the greatest challenge of our era. I urge everyone to read it.”Bill Clinton, 42nd President of the United States of America. Since it first appeared, this book has achieved a classic status. Reprinted many times since its publication, it remains the only work that looks in detail at the political issues posed by global warming. This new edition has been thoroughly updated and provides a state-of-the-art discussion of the most formidable challenge humanity faces this century.If climate change goes unchecked, the consequences are likely to be catastrophic for human life on earth. Yet for most people and for many policy-makers too, it tends to be a back-of-the-mind issue. The Politics of Climate Change