What Is The Australian Carbon Farming Initiative? 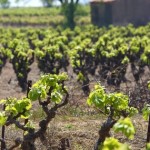 The Australian Carbon Farming Initiative (“CFI”) is a voluntary domestic offset mechanism geared towards the agriculture sector, which is not covered under the Australian emissions trading system (“ETS”).

The aim is to promote sustainable land use and provide funding for landscape restoration projects. Through the initiative, farmers will be able to earn carbon credits through both carbon storage activities, and reducing emissions from activities on their land. Those credits can then be sold to businesses seeking to offset their own emissions. (image: Stuart Miles)

Credits issued under the CFI may come from activities that are either Kyoto compliant or non-compliant. Approved Kyoto- compliant activities such as reforestation, or other land-based emissions avoidance projects, and credits generated from these projects will be usable within either the Australian system, as ACCUs, or other international systems.

Non-Kyoto compliant activities approved under CFI include projects such as soil carbon or re-vegetation projects, and credits generated from these projects will be eligible for trade within the Australian market, and on international markets where such credits are accepted.

ACCU’s generated through CFI projects have several distinct advantages for investors over other international offset credits.

For starters, CFI credits will be eligible for purchase and tender during both the fixed and flexible charge phases of the ETS, albeit to a limited extent during the fixed charge years. During the flexible charge years, however, there will be no maximum number of ACCUs from CFI projects that can be used for meeting compliance obligations.

Moreover, the Australian government is discussing revisiting the CFI in the future to potentially allow liable entities to surrender all CFI created ACCUs for compliance.

From a regulatory perspective, CFI presents an attractive option as an offset mechanism by virtue of its being domestic. Some of the concerns inherent in international offset mechanism, such as leakage, permanence, and integrity issues, become more manageable under a domestic scheme due to the increased access, oversight, and control afforded by virtue of having all projects in country.

About the Author Caroline Baker

Caroline Baker is a graduate of the University of Colorado Law School. She has worked with a number of grass roots environmental institutions in the Northern Rocky Mountain Region of the United States, including the Montana Wilderness Association, Jackson Hole Conservation Alliance and the Grand Teton National Park Foundation. She is currently based in Sydney, Australia where she is working as a Market and Policy Research Analyst with Carbon Training International. Caroline is passionate about the role that Governments and business can play in promoting environmental and climate policy issues.