From Pioneer To Laggard: EU Support For Renewable Energy – On Decline? 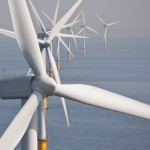 Until recently, the EU has played a pioneer role in both the promotion of renewable energies and advocating global climate action.

The EU Commission’s policy framework for climate and energy in the period from 2020 to 2030, released on 22 January, provides little hope for renewable energies to continue their success story.

Earlier in January, the European Parliament had urged the commission to define binding targets to be achieved until 2030:

Investors in renewable energy are eagerly waiting for the new policy decisions for the time beyond 2020, as long-term investment decisions require stable policy conditions.

Environmental organisations, think tanks and the private sector with the exception of the fossil fuel and nuclear lobby, all agree on the necessity to introduce binding targets and appropriate policies for renewable energy, energy efficiency and emission reductions alike.

The debates and statements at the policy conference on this topic, organized by EREC, the European Renewable Energy Council in November 2013 clearly showed the agreement of all parties involved, including representatives of the Commission.

Therefore, the proposal of the Commission was highly disappointing for anyone interested in an EU leadership role on climate and renewable energy. Only one binding target was agreed upon: the reduction in greenhouse gas (GHG) emissions by 40% below the 1990 level, as proudly presented by Commissioner for Climate Action Connie Hedegaard thereafter. Should the target not rather be 50% for 2030 if we seriously plan to reach 80-90% reductions in 2050? For energy efficiency “renewed ambitions for energy efficiency policies “ are suggested, whatever that might imply for member states.

Finally, the EU-wide binding target for renewable energy in 2030 is 27%. Many projections show that even 30% can be easily reached with little effort. EREC suggested a 45% target for 2030 , even providing the pathway to get there.

What is more, while the target is EU-wide binding, there are no binding targets for each member state and it can thus be concluded that this target will be meaningless due to lacking adequate enforcement mechanisms.

The example of Germany shows that effective support mechanisms for renewable energy, the feed-in-tariff playing a dominant role, can provide the major share in emission reductions – in Germany, 146 million tons CO2 equivalent of the 292 million tons total reduction in 2012 arose from the fossil fuel replacement by renewable energy. This is 50% of the total emission reductions!

Currently, the EU is going even one step further in its hindering of renewables, attacking the so far successful German feed-in-tariff system, suggesting it would lead to distorted competition. Actually, the European Commission also attacked the United Kingdom for intending to subsidize the nuclear plant Hinkley Point for the same reasons.

This development is all the more worrisome to me when having a closer look at the EU Emissions Trading System (ETS) that so far failed completely in its effort to regulate emission reductions by market mechanisms due to over allocation and hence wrong price signals for carbon emissions.

So what are the mechanisms the EU will provide in order to even reach the emission reduction target, if not appropriately supporting renewable energy enhancement and energy efficiency improvements? The proposed reform of the EU ETS will hardly suffice.

At the EREC policy conference in November 2013 Connie Hedegaard stated that €545 billion was spent on imported fossil fuels in Europe in 2012. Obviously, reducing the EU dependency of energy imports would offer noteworthy benefits to the economy, including job creation.

The costing argument most often used in the renewable debates is contestable. According to Dolf Giehlen, Director of IRENA’s Innovation and Technology Centre, investments in renewable energy in e.g. Brazil, the United States, South Africa, India are remarkably low on cost numbers compared to EU levels . These countries start to speed up on renewable energy and might soon tear past the European Union.

Still, the final decision is not yet taken: The European Council is expected to consider the framework at its spring meeting on 20-21 March. There will be some more debates before that time, and we will see if the European Council will decide to take a role of leadership or rather lag behind. We might need a new vision for the European Union: A vision of leadership in climate action and energy sector transformation towards truly low carbon, sustainable societies.