Acting On Climate In Times Of Urgency? Yes, We Can! 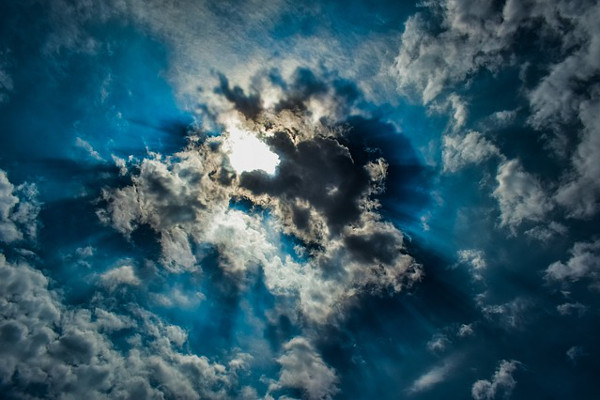 Climate science insights are discussed across all sectors today.

The report on the impact of a 1,5 degree increase of global temperature that the IPCC, the Intergovernmental Panel on Climate Change launched in October in Korea, became a priority topic for discussions in policy, business and civil society fora around the world.

12 years to curb down emissions

The first part of the main message was crystal clear: We have no more than 12 years from now until 2030 to turn around the wheel, to curb down emissions and to avoid a warming beyond 1,5 degrees.

We all know about the urgency of the matter.

The second part of the message was presumably equally clear, adding a crucial condition: We will only succeed in keeping global temperatures below 1,5 degrees if, and only if we take unprecedented, truly ambitious action on reducing climate relevant emissions in every single sector, every single area of our lives, our economies, our societies.

To get this job done collectively, we need transformative change at unprecedented scale and speed. And the change will not happen if we sit and wait or if we continue to finger point at each other.

Yet, here we see and hear very different interpretations on what is needed, although we all understand what’s at stake.

While all eyes are directed on Poland where this year’s international climate conference, COP24, is supposed to provide the world with the Paris Rulebook, an implementation guideline on how to implement the – so far insufficient – voluntary Paris climate targets, the Special Envoy on Climate of the Polish Ministry of Foreign Affairs has an interesting understanding of climate leadership.

At the Energy Visions Series in Brussels in early November, co-organised by Politico and Shell, he asked the EU not to show too ambitious leadership, but to stay in the middle in order not to lose the other countries.

I have my doubts that Apartheid would have been abolished in South Africa if Nelson Mandela had shared this understanding of leadership, if he had been hiding in the crowd.

Countries have played this game of “sit and wait who moves first” for over twenty years before they finally agreed on voluntary climate pledges in Paris in 2015.

But we do not have the luxury to continue this time-consuming and boring game.

What we need today is another Nelson Mandela who is willing to lead the fight against climate change, who shows bold leadership, and who has a firefighter mentality: acting faster than possible, with boldness and compassion, and without hesitation.

We don’t need one, we need many of them, but one should lead by example to make others follow.

Maybe someone like the filmmaker Sir David Attenborough who will take the “People’s Seat” at the climate talk COP24 to make the voices of millions of citizens around the world heard.

The scientists have made their message very clear for the rest of the world, and the climate impacts that we already observe today illustrate the scientific evidence for those who need to feel that climate predictions are real, those who did not “believe” in climate change, as if it was a matter of belief and not of facts.

We all know about climate change today.

Knowing is not enough, and here we come to the very substance of the next obstacle to overcome: our mindset, our behaviour, our non-willingness to change our way of life.

California, the innovation engine of the world shows us that it is not so difficult: Instead of looking for excuses why we, our family, region or company, cannot contribute to the solution, we can simply start to ask:

What does it take for me to contribute?

What can I do, what do I need to get this going?

It can be so easy: Shifting from the pretext: “I cannot do it, because…” to an action oriented: “I can do it, and I need “xyz” to get it done”.

Humankind has been on the moon in the 20th century. Humankind can tackle climate change in the 21st century. It’s a matter of will.