Why We Should Use Our Roofs In The Fight Against Climate Change? 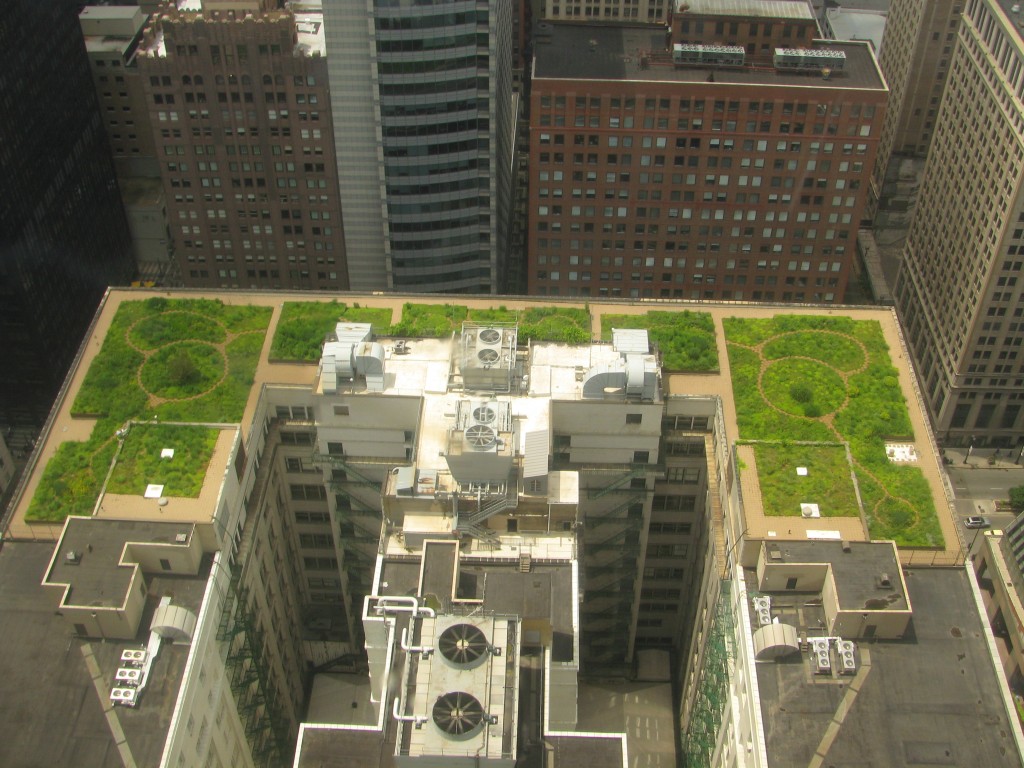 Painting cities white to combat climate change; it sounds like one of the more wacky ideas to have surfaced over the past few years. Propose planting rooftop gardens and you run the risk of sounding like an unhinged romanticist. But the concept of using our urban surroundings to both mitigate and fight against climate change is far from crazy. We have on our hands vast tracts of rooftop space which are by and large unused. It’s time we dedicated more serious thought to utilising this wasted space more productively.

The majority of the roofs in the world are dark-coloured and as a result have a low albedo and absorp excessive amounts of heat. The ‘albedo’ of a surface is its ability to reflect solar waves; dark surfaces reflect very little whereas light surfaces such as ice have a high albedo and reflective ability. When sunlight hits a white surface, it bounces back and passes through the atmosphere. But once it is absorbed through a dark surface, sun is transformed into heat, which when reflected back during the night cannot pass back through the atmosphere and so remains in circulation.

The most recognisable outcome of the low albedo of cities is a problem felt in many urban areas throughout the world; the ‘urban heat island effect’ (UHIE). As naturally climate regulating vegetation is removed in favour of infrastructure, cities become pockets of higher temperatures. The difference between heat absorbing urban areas and their surrounding hinterland can be up to 5° degrees. The layers of smog that smother many cities today and the carry on health effects that are increasingly prevalent, are a result of UHIE.

One way to increase the albedo of a roof is to plant vegetation. Rooftop gardens create a buffer preventing heat from entering the building. They have a positive impact on temperature both within the building and outside as well as improving air quality. Green roofs may be one of the only ways possible to reduce UHIE and to adjust the urban fabric of our cities to cope with increasing temperatures and fight against climate change . By regulating temperature variability, green roofs also reduce energy consumption. They provide added insulation in the colder months and prevent excessive heat absorption in the summer.

Green roofs are gaining popularity rapidly. Several cities are beginning to encourage green roofs through legislature and tax incentives. New York is offering tax rebates to people wishing to install green roofs. Tokyo has a new policy that requires 20% of new government buildings and 10% of private buildings to have green roofs .

The other option available to tranform our roofs is aptly named ‘cool roofs’. White or high reflectivity paint is an easy way to increase a roofs albedo. Using coats of reflective paint has become popular as it reduces the unwanted glare associated with white paint. High reflectivity paint also exists for asphalt surfaces, a major contributor to UHIE. A recent study found that global deployment of cool roofs and pavements would generate cooling to the same effect as offsetting 150 Gigatonnes of CO2. This would have the same impact as removing all the worlds cars from the roads for 50 years.

There are of course downsides to each proposed action. Green roofs become less reflective during the winter when plants tend to die back considerably. Cool roofs can lead to increased energy costs during the winter, however this is still generally outweighed by energy savings made during the summer. Unfortunately, the reflectivity of cool roofs detracts significantly over time unless regular upkeep is maintained. A cool roof last only 2 or 3 years at full reflective potential. On the other hand, once planted a green roof should last indefinitely.

Transforming our roofs is a practical and comparatively easy way to mitigate climate change and UHIE. It is also the most effective if not the only way to adapt to a warming climate. Due to their long-term viability and a host of other positive externalities, green roofs are a better option than cool roofs. By restoring vegetation to our cities, we not only reduce UHIE but we can also reconnect with nature, increase food security and provide habitat for wildlife.

Roofs also make great holders for solar energy and thermal water heating, especially tucked in among the greenery on the roof! It just doesn’t make sense to leave that space unused when we could transform our energy future and reduce urban heat island effects with all the options, inexpensive (paint) through making an investment that pays off more slowly (green roofs and solar panels).