Who Is To Blame For Your Increasing Energy Bills? 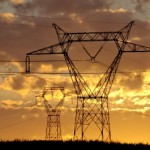 Energy prices have been increasing steadily across Europe over the past 10 years. Green policies are often blamed for the expensive power; however, on closer inspection it is evident that a number of other factors have contributed to the increase as well.

Earlier this year grid operators announced a significant increase in electricity prices in Germany, rising anger among German consumers who are already paying the second-highest electricity prices in Europe. High energy costs put pressure on the country’s plans to phase out nuclear power and to expand the use of renewable energy up to 35 per cent of total power consumption by 2020.

Similar concerns exist in the UK, despite the fact the country has the cheapest gas and fourth-cheapest electricity prices in Western Europe. Energy costs are to rise further after leading energy suppliers announced price increases of both gas and electricity this winter. (image: dan)

Prices in Europe are influenced by policy decisions taken at the EU level. For example, the EU’s Energy Efficiency Directive, requires energy companies to deliver 1.5% more energy savings every year. As utilities will have to achieve the required savings every year, they start implementing energy efficiency measures for their customers – which are expected to drive electricity prices down in the long-run, but require initial upfront costs.

European leaders have also signed for a 20% renewable energy target, another policy often criticized for bringing energy prices up. As part of the strategy to meet the targets, energy suppliers are obliged to pay higher than market prices for renewable energy (known as the Renewables Obligation) and pay for private and domestic houses that install renewable energy generation projects and supply energy back to the grid (known as feed-in tariffs).

These charges are added to every consumer’s electricity bill. It is estimated that the cost of UK Government environmental and energy efficiency programmes adds around £100 on to the average energy bill of £1,300. In Germany, citizens will be paying a total of more than €20 billion next year to promote renewable energy.

Other factors behind the increase

Nonetheless, the price we pay for energy depends on several other things which are not related to green policies.

The wholesale cost of gas and electricity makes up about a half of your energy bill. The other half consists of distribution costs (charged by independent distributors and determined by your location in the country), operating costs, government tax (VAT) and environmental contributions – as well as your energy company’s supply costs and profit margins.

Most electricity in Europe is generated by burning fossil fuels (predominantly coal and natural gas), thus changes in the costs of fuels significantly affect energy prices. As gas prices are linked to the oil price, the wholesale energy costs are particular vulnerable to fluctuations in global oil prices. In addition, Europe is committed to long-term gas contracts with Russia and Norway which contribute further to high energy prices.

The energy prices in Europe are also dependent on decisions of energy suppliers, which are unaffected by the normal competitive pressure of price and customer service. The market concentration still reflects the ‘old’ market structure, characterised by national or regional monopolies that control electricity prices in the wholesale market and block new entrants to the market. As a result many consumers are paying more than they could in a fully competitive market.

What can be done to reduce energy bills?

The EU Commission has consistently argued that liberalisation would increase the efficiency of the energy sector and the competitiveness of the European economy as a whole. Energy bills could be reduced through increased transparency of pricing mechanisms, reduced tariff complexity (it is estimated that more than 400 tariffs currently exist in the UK!) from which consumers can choose suppliers and through creating conditions for new entrants into the market.

Increases in energy prices can be partially offset by energy efficiency measures in the energy supply and improvements in end-use energy efficiency. For instance, the UK ‘Green Deal’ financing mechanism is designed to enable householders and small businesses to finance energy efficiency improvements at no upfront cost. Also, it is crucial that the surcharge consumers are paying is used for the purposes intended. In April this year, Greenpeace UK published a report on investment trends of the big 6 utilities that show poor investment in clean energy supply.

We are used to cheap electricity which is reflected in our habits and every day practices which are often energy inefficient. As a result, consumers naturally get angry about expensive power, but fail to recognise that inefficiency costs money. Our energy consumption habits need to change if we want to minimise the economic consequences of the energy transition. Green policies need to go in hand with public awareness campaigns, rules and incentives that help people to use less energy.

Environmental policies have indeed contributed to the rising energy bills. However, it is important to recognise the importance of other factors that drive our energy bills up. This could help to identify policy tools that could lower the costs without sacrificing long term benefits of the green policies. Greater reliance on non-fossil fuels, aside from its environmental benefits, could reduce Europe’s dependence on gas imports and thus potentially lead to lower energy bills in the future.