What Is The Future For Nepal Tourism Post Earthquake Crisis 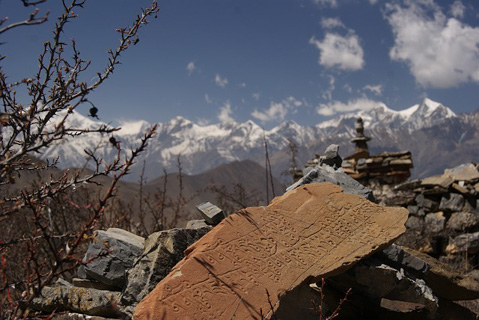 The 7.8 earthquake that ripped apart Nepal in late April 2015 left a devastated nation and brought Nepal sharply to the attention of the world’s media. Relief efforts sprang into action as did the world charity organisations who did what they could for the mourning nation.

With thousands dead and over a half a million homes demolished – mostly in rural areas cut off from medical support – the aftermath of the earthquake was both shocking and somewhat frighting. Tourists that weren’t effected by the disaster were advised to leave and any tourists planning on entering the country were strongly advised to stay away.

4 months on and the advice by the FCO is still very similar stating that ‘The Foreign and Commonwealth Office (FCO) advise against all but essential travel’ to most areas within Nepal. These areas include some of the most profitable tourism trails through the Himalayas, including Everest Base Camp.

The FCO are certainly justified in their stance as weeks after the initial earthquake another earthquake struck the already devastated country. This, once again, left thousands homeless and stricken and bolstered the already growing opinion that Nepal was no longer safe.

Just this week another earthquake hit the country. Although smaller, measuring only 4.9 on the Richter scale, the earthquake was felt strongly enough in Kathmandu to bring people from their homes. In fact, over a 100 earthquakes measuring over 4 on the Richter scale have hit the country since the first devastating earthquake in April and a recent article by the BBC reports that this may not be the end to the earthquake saga. New data by scientists suggests that the largest earthquake in April did not release all the tectonic stress built up along its fault line and scientists believe the pressure was pushed Westwards and could release again in the near future.

This fact alone is enough to put off most tourists from entering the country any time soon which, inevitably, will have a major impact on the economy. Boasting the worlds tallest mountains along with its ancient Hindu and Buddhist heritage, tourism is a major player in the Nepalese economy as it attracts thousands of trekkers, mountaineers and spiritual worshipers.

Tour companies overseas have also felt the devastating effects of the earthquake with many operators cancelling trips to the country indefinitely. Whilst most trekking companies believe that the lapse will only be temporary due to the willingness of climbers to face the Himalayas, the cultural and spiritual aspect to Nepal may take some while longer to attract back visitors.

Whilst the future for a country like Nepal will always be positive due to its inhabitants and the cultural wealth it provides, the very near future may not be. Certainly, the trekking industry will find its feet again soon as the climbing season approaches, however, the tourist economy may have to suck it up for some time before the willingness of the intrepid traveler returns.