Water Management In The Murray-Darling Basin 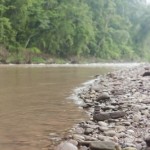 The Murray-Darling River Basin (MDB) is Australia’s most important agricultural region. The catchment area covers an impressive area of over one million square kilometers and is crucially important for the entire nation.

Australia is the driest inhabited continent on Earth, large-scale agriculture requires irrigation using billions of liters of water adding further issues to the countries worsening water crisis. In order to maintain its agricultural success and potential, output from this area must be undertaken in a way that is consistent with sustainable water management in the Murray-Darling Basin.

Stress to the system comes as a result from overuse of water and salinity problems from intensive agricultural irrigation along its banks. Misuse of the systems water has become difficult to ignore due to the current water crisis and there has been an urgent call for the government to assist in the remediation of the river system and to regulate land and water use throughout the entire catchment area.

In recent weeks The South Australian Government has formally signed the Murray-Darling Basin Plan agreement. It aims to return 3,200 gigalitres of environmental flows to the basin system annually and bring sustainable water management in the Murray-Darling Basin. the SA Premier Jay Weatherill said “The State Government is committed to a healthy and resilient future for the River Murray system, demonstrated by our endorsement of the intergovernmental agreement,”

The health of the Australian river systems is essential for a healthy environment and a productive, sustainable agriculture industry. The introduction of water reform regulations is an attempt to encourage the recognition of the importance of environmental flows which will then restore the ecological processes necessary for healthy river systems.

By joining the Murray-Darling Basin Plan agreement, The South Australian government has shown its support into water management and will ensure that over irrigation and poor management of drainage water are managed by all. These current strategies are certainly appropriate, however this must be co-ordinated with local community action to deal adequately with the complex problems faced. Plans with the entire catchment area must be initiated for government initiatives to succeed in both the short and long term, attention must be focussed to securing local community input and participation.

Water supplies in Australia are limited and efficient use of allocations is essential for the sustainability of its agriculture industries into the future.