Will We See Wars Over Water? 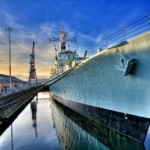 While Syria has been consumed by civil war since 2011 and pressure is mounting on the United States to intervene, another conflict is brewing more than 600 miles to the south. Water is as essential to daily human activity as oil. Confrontation between Egypt and Ethiopia over water would be much less original than one might have thought.

The city states of Lagash and Umma went to war in the Tigris-Euphrates basin because of water 4,500 years ago. Israel exchanged fire with Syria from 1951 and 1953 and again from 1964 to 1966 over a Syrian project to divert the Jordan River. Adel Darwish, a journalist and co-author of Water Wars: Coming Conflicts in the Middle East, quoted the Israeli Prime Minister, Ariel Sharon, saying the reason for the Six Day War of 1967 was water. Mauritania and Senegal fought a war that began in 1989 over grazing rights on the River Senegal. Minor skirmishes have erupted between Syria and Iraq over the Euphrates River. In 1995, a one-time Vice President of the World Bank, Ismail Serageldin, stated, “The wars of the next century will be about water.

The power of Ethiopia peaked in the 1970s with Soviet assistance. Then, it was a regional leader in East Africa, since when it has experienced famine, civil strife and wars with Eritrea and Somalia. A “Grand Ethiopian Renaissance” is now planned in the shape of a large power plant on the Blue Nile. It will be 560 feet high and almost a mile and a quarter long.

This would be a fantastic project with a fantastic price – almost USD5/GBP3.2/EUR3.7bn. It would be able to generate 6,000MW, the only plant of that magnitude in all of Africa. The development of Ethiopia would be propelled, with electricity available both within the country and for export, which would extend the country’s diplomatic influence.

Addis Ababa’s intentions are, however, deeply disturbing to Egypt, which lies upstream on the Nile. 95 percent of Egypt’s water comes from the Nile. Egypt is among the 15 most water-poor countries on this Earth. It would lose 20 percent of its water supply and a minimum of 40 percent of its hydroelectric electricity, which is mostly produced by the Aswan dam.

This would wreak disaster upon the economy of Egypt and in particular, agriculture. Egypt’s President Morsi asserted, “If Egypt is the Nile’s gift, then the Nile is a gift to Egypt. The lives of the Egyptians are connected around it … as one great people. If it diminishes by one drop then our blood is the alternative.” The next day, Dina Mufti, the spokesman for Ethiopia’s foreign ministry, retorted that Ethiopia was “not intimidated by Egypt’s psychological warfare and won’t halt the dam’s construction, even for seconds.”

Shortly after, Morsi gathered leading Egyptian politicians to discuss the affair. Unaware that they were on television, they spoke of mounting airstrikes and sending special forces to tackle Ethiopia. Control of the Nile caused Egypt to invade Sudan in 1821 and Ethiopia in 1875. The proxy wars from the 1960s to 2000s were mostly over whether Cairo or Addis Ababa would have primacy in the Nile Basin.

The mufti of an Egyptian Islamist group, Al-Gama’a al-Islamiya, appeared on the Al Aribiya television channel to announce that he would declare jihad on Ethiopia if it began construction. He also accused Israel of “conspiracy to put pressure on Egypt,” although “the Zionist entity” got the hang of pressuring Egypt and other countries long ago by funding politicians directly, which is much less expensive.

In June, 2013, Egypt despatched a delegation to Somalia to evaluate the capabilities of the Somali army and to discuss a military alliance with the unrecognised state of Somaliland. Eritrea is likely to side with Egypt, after its defeat by Ethiopia in 2000. On the other hand, Sudan and South Sudan support Ethiopia and while Kenya, which is developed by African standards, has expressed no opinion, it’s interested in obtaining cheap electricity from Ethiopia. Ethiopia is a key US ally in the struggles against terrorism and piracy.

In the last 15 years, unemployment and corruption have rocketed in Egypt, reaching a crescendo with the 2011 overthrow of Hosni Mubarak. Ethiopia, meanwhile, has transformed itself from a basket case to a respectable regional power that has experienced highly-impressive economic growth and performs masterful foreign policy.

Once upon a time, Egypt, allied with Washington, could halt funding of hydro-infrastructural projects by international financial institutions by arguing that it would be politically destabilising. Chinese bankers are less receptive to such arguments.

Egypt would triumph in any military conflict, possessing armed forced between 10 and 15 times larger than those of other countries in the region. If a military campaign against Ethiopia were successful, Egypt’s rulers would be strengthened significantly. But Egypt and Ethiopia share no border. And with Morsi was removed from power by the Egyptian army, the political situation in Egypt is far from stable, which war could yet worsen.

The United Nations reported that 30 countries will face water bankruptcy by 2025, compared to 20 in 1990. Some estimates indicate that 1.8bn people will be affected. In Bolivia, the army was called in after water was privatised. In Botswana, the government destroyed bore holes to uproot bushmen from the Kalahari Desert. The Mexican government has assumed control of water sources and constructed fortresses nearby. In India, after the Coca Cola Company secures contracts it also builds fortresses around water sources. Darwish predicted that north and south Yemen will go to war over water before very long. Even the United States has seen vigorous water-related protests, with 45,000 people in Detroit having their water cut off. Nor would Europe be immune. Rainfall in Cyprus has decreased by 15 percent since the 1970s, and Greece, Italy and Spain could follow. Most models predict that precipitation will fall by another 20 percent by 2050.

The Office of the Director of National Intelligence, which oversees US intelligence agencies, detailed the form water-related conflict will take within the next decade. Nations will cut off rivers to deny their enemies access to water, terrorists will blow up dams and states unable to provide their citizens with water will collapse. An attack on a single point of the water supply is sufficient to deprive hundreds of thousands of people of clean water. Water will be used for political leverage just as oil and gas are today.

Even a small rise in temperature, considerably less than that which is currently expected, could reduce agricultural yields at a time when population growth is likely to cause demand for food to rise by as much as 70 percent by 2060. An article in the leading online magazine, Salon, asked, Will water supplies provoke World War III? It’s something of a possibility.