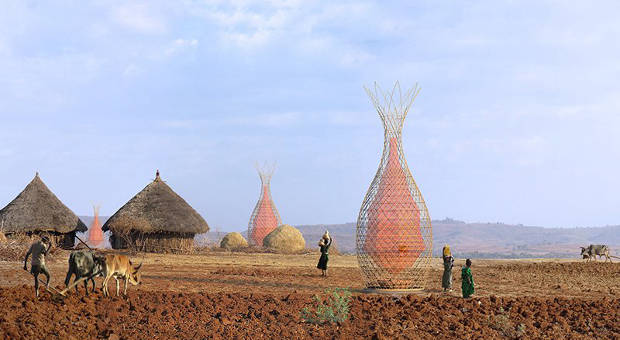 Ethiopia is located on the Horn of Africa and is home to a diverse mix of cultures with civilisations originating from North Africa, Sub-Saharan Africa and the Middle East. Ethiopia is a popular destination for tourists, yet, similar to many other African countries faces water shortages, a lack of access to clean water sources and poor sanitation. Ethiopia’s location means that drought, famine and conflict are major causes of water shortages and over 70 million people living in Ethiopia do not have access to adequate sanitation.

Droughts have led to important water sources such as lakes, ponds, streams and wells becoming increasingly shallow or drying up completely. Rural areas in particular rely on these water sources, which can often be contaminated with animal waste and disease. This lack of access to clean water and exposure to poor sanitation means waterborne disease is rife. Water Aid has found that as many as 33,000 children die every year due to disease caused by unsafe water. Politics and conflict also exacerbate the problem.

Despite its culture and beauty these severe water shortages desperately need alleviating. But there may be a solution. Having seen the daily struggle faced by communities in rural Ethiopia the Italian architects Arturo Vittori and Andreas Vogler of Architecture and Vision have developed the project “Warka Water”. This is a simple yet effective water tower and is designed to harvest water from the air. Named after the Ethiopian tree of life the towers have been conceived to provide drinking water and sanitation for rural communities in developing countries.

The Warka Water Towers, standing at 12m tall, are a simple bamboo or rattan structure allowing them to be easily constructed by local people without the need for heavy and expensive machinery. Inside this basic structure sits a nylon based textile designed to collect rainwater and dew and fog through condensation. One single tower can harvest as much as 100 litres of water a day. The towers are even topped with a crown to keep birds away.

This project has the potential to alleviate the burden placed on women and children to travel long distances to collect water. Providing a reliable source of water for rural communities will also crucially allow women and children the opportunity of an education.

First presented in 2012, several prototypes have already been constructed and the project aims to be working in an Ethiopian village in 2015.

About the Author Megan Smith

Megan Smith is a third year student studying Ecology and Wildlife Conservation in Bournemouth. She has completed work placements with the Research Institute for Nature and Forestry and the UmPhafa Reserve in South Africa, owned by Colchester Zoo. She plans to go on to do a masters degree once she graduates.