TV presenter Kate Humble implores you to get nekkid 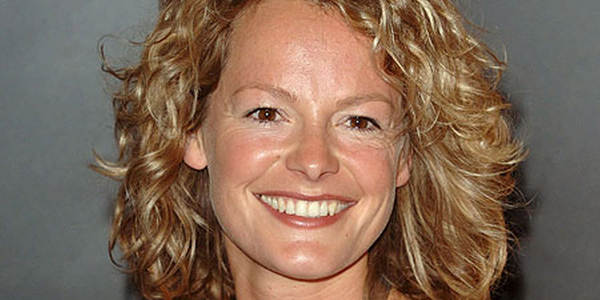 45-year-old Kate Humble, who first appeared on television in 1997 and is now the presenter of BBC Springwatch and Lambing Live, has told that her way to get closer to nature is to get nekkid. She often walks around thusly and wishes “everyone to try it.” She owns a 117-acre farm along with her husband of 22 years’ standing, one-time television director and producer, Ludo Graham. They have no children: “There are far too many people in the world already.”

If only folk get nekkid, “there’s something joyous about it,” Humble expounded. She once danced nekkid with her husband in a desert in Jordan. Dancing nekkid in the sun is, indeed, one of her favourite pastimes. The world would not be a good place, she affirmed, if people couldn’t enjoy themselves in such an innocent and joyful fashion. She does take other people into account, so her clothesless activities are “not in public” but there are “small, quiet, private moments where I take all my clothes off and have a big dance.” She admitted this was “eccentric.”

Humble moved from Chiswick, west London, to the country in 2007 but was no stranger to the outdoors. “I grew up next to a farm. I knew mud.” In fact, she “loves a bit of dirt.” She proudly proclaims that she has “always been a bumpkin.”

Humble was never taken by the idea of attending university. At the age of 19, she resided in a squat. At one point, she worked as a model (“I loathed it”). Noone would be surprised to see her get nekkid after her appearance, unclad, in a television series about the creator of James Bond, Ian Fleming, which was “very funny, but never to be repeated.” She graced the pages of the red tops when she admitted that upon moving to London, she subsisted on “crisps, air and illegal drugs.” She has also appeared on Animal Hospital, Holiday, Tomorrow’s World and more. She is president of the Royal Society for the Protection of Birds. When she is no longer offered interesting television work “and it’s a choice of being on the telly or on the farm, the farm would win every time.”

Humble’s outdoor eccentricities have previously caused problems. She caught fleas after lying on the African forest floor and had to pay a visit to a hospital because spiders had laid eggs in her toe. She has twice been infected with malaria.