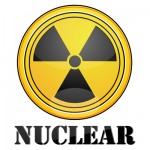 Following the devastating tsunami in northern Japan in 2011 and its impact on the Fukushima nuclear energy plant, practically all nations with nuclear energy programmes initiated an assessment of nuclear safety in their countries.

Although this single event prompted a global review, nuclear energy programmes have been under severe scrutiny in many countries for many years, not only because of concerns over safety but also because of their long-term environmental impact.

Given the increasing price instability of fossil fuels and the fact that they are a finite resource, many nations have been looking towards alternative means of generating energy to ensure energy security. This, more so than environmental concerns, has been the main driver of investment in renewable energy.

Whether nuclear energy can truly be considered ‘green’ continues to be debated, but that it can provide a large amount of cheap energy is clear. Though there have been only a few significant nuclear accidents, current uranium-based generating plants are increasingly being considered too risky. The risk has prompted Germany to declare that it will decommission all of its nuclear plants and Italy has banned nuclear power.

In contrast, the energy-demanding emerging economies of China and India are increasingly looking to their nuclear programmes to satisfy their energy needs. And many other nations are turning to nuclear energy to limit their reliance on fossil fuel imports. Although most new or planned nuclear power stations are classical uranium- or plutonium-based models, there is resurgent interest in using thorium (a related radioactive heavy metal) as a fuel for nuclear energy.

Thorium was first used as a nuclear energy source in the 1960s when the US successfully tested a plant in Tennessee. However, most likely because thorium-based plants do not produce weapons-grade material as a by-product, and because uranium-based reactors at the time were more efficient, the technology was not pursued further and research ceased. Thereafter, efforts concentrated on refining uranium-plutonium reactor technologies and thorium was almost forgotten as a potential energy source.

This is regrettable. Thorium as a nuclear energy source has a number of advantages over uranium:

1. It is four times more abundant.

2. It is much less radioactive and, thus, it is safer and cleaner.

3. Thorium reactors operate at atmospheric pressure, so hydrogen explosions (such as occurred at Fukushima) cannot happen.

4. Nuclear meltdowns (such as Chernobyl) are impossible in thorium reactors, because the nuclear chain reaction cannot be sustained and fission ceases by default in the event of an accident.

5. The plutonium produced as a by-product from a thorium reactor is largely unsuitable for use in nuclear weaponry, unlike that of traditional uranium reactors.

6. There is significantly less nuclear waste.

Obviously, there are some disadvantages since thorium has not yet been accepted as a viable alternative to uranium. The primary problem is the investment that would be required for testing and licencing work to convince governments that thorium energy production is a viable alternative.

Furthermore, working experience with the material as a fuel source is lacking and lags far behind that of uranium. However, this could soon change. India in particular is pursuing thorium reactors as a means of securing its energy needs, primarily because of its vast thorium reserves. China too has begun to invest in thorium reactors.

The possibility of using thorium as a safer and cleaner source of nuclear fuel needs to be more broadly publicised. The limited possibility of weapons-grade material being generated by thorium reactors is an important consideration given current concerns with Iran’s nuclear energy programme and the likely political tension among neighbouring states if any country announced a start-up nuclear programme.

Thorium energy is not the answer to the global need for a safe, reliable, clean and cheap power source, but it should be considered part of the mix to wean nations off fossil fuels.

There is more in a new book, THORIUM: energy cheaper than coal, described at http://www.thoriumenergycheaperthancol.com

While I agree that Thorium is the best choice for future reactor production of energy, your argument is sadly weakened by item 3 above.
The hydrogen explosion happened at atmospheric pressure. The production of hydrogen, subsequent entrapment in a poorly vented structure post-accident, and some form of ignition, all had absolutely nothing to do with the pressure of the reactor. The risks of post-accident hydrogen accumulation have been known for decades, and is accounted for in modern designs.

Indeed, thanks for pointing that out!