The Horsemeat Scandal – What’s In Your Food? 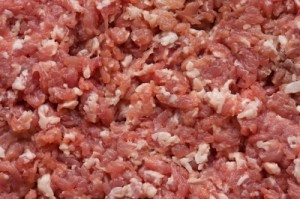 The headlines this week have been all about the furore surrounding the disclosure that certain processed meat products on sale in supermarkets have been found to contain, not just beef as claimed on the packets, but also horsemeat

The unfolding saga of how some processed “beef” ready-meals have been found to contain up to 100% of the wrong kind of meat raises a number of pertinent issues regarding the way in which the meeting of one of our most basic needs has been outsourced to a global supply chain focused on delivering food at the lowest possible cost and the highest possible margins for the numerous middlemen between the primary producers – farmers, growers and fishermen – and the final consumer – you and me.

Many vegetarian commentators have, understandably, not been able to resist the urge to say “I told you so” and they are entitled to plant a flag on the moral high ground – in addition to the ethical reasons for not eating meat, there are many good reasons why we should all dramatically reduce our consumption of meat from a sustainability viewpoint, even if we do not have a moral objection to eating it.

However, leaving these arguments aside, what has happened has made the 90% of the UK population who eat meat confront some issues that they would rather not think about.

Firstly, the length of the supply chain and the number of international borders that it crosses is staggering. In the case of the contaminated Findus products, the meat (of whatever species) appears to have originated from an abattoir in Romania, passed through traders based in Cyprus and the Netherlands before a company in France supplied a factory in Luxemburg, which manufactured the product for Findus.

Apart from the staggering carbon footprint of this meat as it crisscrossed the continent, the fact that there are so many links in the supply chain, each of which represents a business that requires paying for its contribution to the process, means that, given the low price of the finished product, the price paid to the farmer who reared the animal in the first place, is absolutely rock-bottom. Low prices to farmers mean that they in their turn have to drive down their production costs, which means lower welfare standards, higher stocking densities and an incentive to cut corners and save money wherever possible.

Secondly, and what has led to the real shock value of this story, is the fact that it has been possible for unidentified meat to find its way into the human food chain. In a way, the fact that people have been eating horsemeat is not the issue: horses are widely eaten in other parts of the world, not least by our near neighbours in France, and the fact that it is not customary to do so in the UK is a cultural issue, not a scientific one. The problem is the fact that consumers have been eating horsemeat believing it to be, and having it sold to them as, beef. The question is, if horsemeat could find its way into our food without our knowing, what other contaminants could be, or have been, in our food?

The simple fact is that, as consumers, we have an appetite for meat and a desire for cheap food that are not compatible with farming and business practices that are either ethical or sustainable. The proportion of household income spent on food has been steadily declining for the past 50 years while the rising price of oil, and therefore of fertilisers, pesticides and transport mean that food prices have been kept artificially low by the aggressive procurement practices of the big supermarkets and the rest of the industrial food supply chain.

Whether or not to eat meat is a personal decision. However, if those of us that do choose to eat it made some better informed choices on animal welfare and sustainability grounds, patterns of consumption and production would change significantly.

Many nutritionists now champion the so-called “Palaeolithic Diet” as a means of achieving optimal nutrition. Such a diet features a relatively low proportion of meat, among other dietary prescriptions based on research into the eating habits of people in pre-agricultural societies.

Demanding higher standards of animal welfare and product traceability will tend to drive up the price of meat, which will in turn lead to lower levels of consumption, with the attendant benefits for people’s health. Lower levels of meat consumption will cause more productive farmland to be switched from growing forage for animals to raising crops for human consumption rather than animal feed. As this is a far more efficient way of producing calories for human beings than using the “middleman” of a food animal, we are far more likely to be able to feed the 9 billion people who are predicted to be on the planet by 2050 if we carnivores adopt a more omnivorous diet with meat being viewed as a high-value treat rather than a low-cost staple.

So, the answer to the horsemeat scandal is for consumers to demand more expensive food from supermarkets and then to insist that we get what we pay for in terms of quality and traceability, whilst switching our buying habits so that our diets contain a lower proportion of meat but meat that is of superior quality to the current products of multinational industrial food production. People’s health will benefit from the changed diet, farm animals will benefit from higher welfare standards that farmers can afford to provide. The world’s poor will benefit as more farmland is devoted to feeding people rather than feeding animals and the whole business of food production becomes more sustainable.

Enough to frighten the horses?