The Environment, Energy And Climate Change 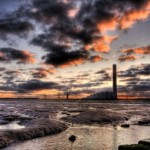 As 2013 commences, I would like to discuss a three key issues within the field worth paying attention to in the upcoming year.

The first is concerned with the changing global energy mix and the implications for the environment and climate change targets. Secondly, I explore the role of technological innovation around CCS and other new and novel technologies. And finally, I look at the role of  transport fuels with a particular focus on biofuels and the aviation industry.

Please leave comments below if you have other major environmental issues that you think warrant further attention in 2013.

Around 64% of global greenhouse gas emissions are caused by fossil fuel energy consumption. Thus it is important to observe changes in the sources used to produce the energy we consume.

Recent years have witnessed a significant increase in a global consumption of coal and natural gas. The International Energy Agency (IEA), the world’s leading authority on energy economics, reported in 2012 that the coal’s share of the global energy mix is expected to grow further and by 2017 coal will potentially surpass oil as the world’s top energy source. These trends are particularly worrisome as coal is the most carbon intensive of all fossil fuels, especially when burned in old-fashioned, inefficient power stations.

Some point to gas as a more realistic solution for reducing reliance on coal (in comparison to renewable energy sources). As conventional gas resources are running out, various gas and oil companies are investing in the exploration and exploitation of shale and tight gases. These efforts could bring a vast amount of recoverable reserves to market and change economic calculations and energy generation around the world in years to come.

In fact, the entrance of unconventional gasses to the market has already had an impact on the world’ energy mix, but unfortunately not for the benefit of the environment. Observations reveal that one of the biggest factors behind the rise in coal use has been the massive increase in the use of shale gas the in the US. The decline of the fuel in the US has helped to cut prices for coal globally, which has made it more attractive, even in Europe where coal use was supposed to be discouraged.

As for renewable energy, debates around a continuation of financial support for renewable energy generation are likely to gain momentum in 2013. It will be particularly significant at European level, as the three main green energy goals (i.e. to cut carbon emissions by 20%, increase the share of renewables in the energy mix by 20% and increase energy savings by 20%) expire in 2020. Thus countries in Europe will soon start discussing the 2030 targets and time will tell how ambitious they will be.

If our economies continue to rely on fossil fuels, the relevance of carbon capture and storage (CCS) technologies is likely to increase.

Yet, current CCS projects struggle to move from demonstration to commercial full-scale phase.

To accelerate the process of CCS development, the EU commission has recently announced that EU funding would be available for CCS projects within 12 months. Meanwhile the UK announced capital funding available to support commercial scale CCS projects in 2012 and have selected four projects to go forward in 2013.

However, in recent years use of these funds has been low. Last year €1.5 billion of EU funding was diverted to new renewable energy schemes due to an absence of potential CCS projects.

To add to the above, 2013 started with some positive announcements in climate engineering. Carbon Engineering, a Canadian company, has developed a cleansing technology that may one day capture and remove some greenhouse gases directly from the atmosphere. Moreover, it might even be possible that the captured gas could then be sold for industrial use. The company plans to build a pilot plant for capture of atmospheric carbon dioxide by the end of 2013. It might be just an unrealistic dream, but as one the biggest innovator and entrepreneurs of the last century once put it ‘if you can dream it, you can do it”.

Transport currently accounts for around 20% of global GHG emissions and is also a sector most dependent on oil.

As a result of the supply risks and climate concerns, numerous countries around the world have increased their support for biofuels as an alternative energy source for transport.

Yet such policies have created the so-called food, energy and environment trilemma.

Since agriculture is the main supplier of energy along with food, expanding biofuel production presents risks on food prices and availability of land for food-based agriculture in poor corners of Asia, Africa and Latin America.

In response to such concerns, the EU has reconfirmed its commitment for a target of 10% of renewable energy sources in transport for 2020 but also elaborated that 40 of the 2020 goal must be met from “non-food and feed-competing” second-generation biofuels (i.e. biofuels produced from crop residues, as well as high-yielding energy crops such as miscanthus and switchgrass).

The aviation industry is another area in the transport sector that needs to be addressed in upcoming years. Since 1990, CO2 emissions from aviation have increased by 87% and now account for around 3.5% of total ‘human activities’ contribution to climate change.

Yet different policies, including aviation taxes, have been challenged by strong resistance from the industry and lack of political will.

In January 2013, the revised EU emission trading scheme (ETS) was due to come into force, covering not only power-intensive industries, but also aviation, which would have imposed a cap on carbon dioxide emissions for all planes arriving or departing from EU airports. Yet the application of the scheme was deferred to autumn 2013 due to negative response from non – EU governments and airlines. The international disputes over taxation of aviation fuel are most likely to accelerate in 2013.

These are my main areas of concern in 2013. I believe that if factors behind the rising consumption of coal are tackled, if funds for R&D are sustained and adopted, if policy measures to address reverse impacts of expansion of biofuels and encourage development of second generation biofuels are put in place, and if countries agree on tighter policies to reduce emissions from aviation, then 2013 will be a better year for the environment.

What are your predictions and considerations for 2013?

A landmark study in the struggle to contain climate change, the greatest challenge of our era. I urge everyone to read it.”Bill Clinton, 42nd President of the United States of America. Since it first appeared, this book has achieved a classic status. Reprinted many times since its publication, it remains the only work that looks in detail at the political issues posed by global warming. This new edition has been thoroughly updated and provides a state-of-the-art discussion of the most formidable challenge humanity faces this century.If climate change goes unchecked, the consequences are likely to be catastrophic for human life on earth. Yet for most people and for many policy-makers too, it tends to be a back-of-the-mind issue. The Politics of Climate Change

I agree about the aviation fuel issue. There must be some way of quantifying the environment/ economy dliemma.

CO2 saves the polar bears, seals, ice caps, holes in the ozone, sea levels AND so much more. Somebody has to do this.

1.) to consentrate on LOCAL air pollution ….. within 5 blocks of our homes and work.

2.) Educate the public to curb diesel air pollution …. stand-by generators, costruction equip, tractors, mowers, etc. in our neighborhoods. They are 40+ times worse than cars with their emissions. The easy solution is to retrofit them with DPFs, cat converters, scrubbers for CHPs and other advanced technologies. There are too many documented pockets of cancer caused by these diesel demons where we live.

No more studies and talk. Let’s fix the problem 🙂

oh … happy new year to all.

Thanks for your comments and contribution!

Cedric, a carbon tax could be a solution, however, I’m afraid establishing it will take time due to the strong industry lobby and disagreements among governments. Meanwhile, we need to think if we are prepared to change our lifestyles and pay more for flights…
Tim, great approach! Thanks for sharing your ideas. “Think globally, act locally” should be the key principle.
I should start taking less flights and opt for trains when possible…