25 Go Green Ideas For The Office That Will Rock Your World
LEED GA Practice Exam: The 4 Best Options Available
Carbon Fees 101: What Are They and Why Do They Work?
Vampire Energy 101: What It Means and 3 Ways to Reduce It
13 of the Best Eco-Friendly Tote Bags You Can Get on Amazon
5 Easy Tips To Help Keep The Environment Clean

The Effects Of Certification On The Sustainability Of Fisheries In The U.K 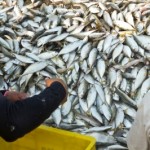 The main issue associated with certification of fisheries in the UK is whether seafood available in supermarkets is worth the cost of certification when you consider what affects the consumers’ willingness to pay a higher price for seafood.

There was a reform of the CFP in 2002 due to more fish being caught than can be safely reproduced, which exhausted individual fish stocks, thus threatening the marine ecosystems. The aim of reforming the CFP in 2002 was to enable a more effective implementation of the policy and address issues which had been found in the previous version of the CFP.

Environmental concerns emanating outside the CFP are increasingly setting the stage for EU fisheries management.

One major issue with the CFP is that the Government scientists annually present the status of the European stocks relative to BPA and advise the Commission and the Council of Ministers about the total allowable catch (TAC) that can be taken without the stock falling below this level. This advice is ignored on a regular basis with reference to socio-economic requirements, with TACs being on average 48% higher than those advised by the scientists.

As a result, 88% of European stocks are MSY-overfished and 30% of the sea caught fish are outside of safe biological limits. With regard to size at first capture, relevant instruments under the CFP provide for legal minimum landing sizes which are below the size where 50% of the individuals have reached maturity.

As a result, the majority of adult fish had no chance to reproduce before being caught, and stock sizes are much smaller than needed to obtain current catches. Since legal gears catch a large proportion of fish below legal landing size, about 40% of the catch is discarded dead at sea.

The recent reform will focus on reducing the amount of discards into the sea which will decrease the amount of fish caught and wasted, having a positive impact on the sustainability of fisheries in the UK. Certification schemes can account for a majority of seafood if the consumers are willing to pay more for the fish.

About the Author Holly Waterman

Holly is a recent graduate from the University of Portsmouth with a Masters in Coastal and Marine Resource Management and an Undergraduate degree in Marine Biology. She has previously worked as a trainee Fisheries Consultant and Auditor for a Fisheries Consultancy company and her main interests in sustainability are the fisheries and marine sector. Her Masters dissertation title was ‘Certification of Fisheries in the U.K’ which was a choice experiment and endeavoured to ascertain consumers willingness to pay for certified seafood in supermarkets in the U.K.