The Dangers Of CSR 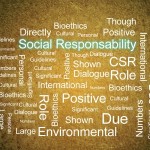 Looking at recent uproars, Rob Fenn at the British Assessment Bureau looks at the battle ahead for responsible businesses who really do want to make a difference.

Horse meat, price fixing and unpaid taxes; all in all, a busy year so far for corporate scandals. Just think, we’re only half way through 2013!

Years ago, such incidents could be brushed under the carpet, or at least reduced to an insignificant murmur. Today, access to such information is at everyone’s fingertips, with news breaking on Twitter before even the company’s board knows about it. Without this control over reputation, those boasting corporate responsibility credentials need to tread carefully.

Undoubtedly, it’s the big guns who take the most flak. For example, keen for a juicy story, the Daily Mail investigated the FTSE 100 and found that 47% suspiciously gave no figures for tax paid in Britain. However, the press have preferred to single out the likes of internet giant Google for paying a mere £6m tax in 2011 on their whopping £2.6 billion of UK-made profit.

Google’s response has been that, rightfully, they are complying with tax law. Despite the pandemonium, their stance has remained firm, boss Eric Schmidt only welcoming government’s to set new rules. However the salient point Google seems to have missed here is of morality. Should a company making billions from a country be giving back so little? Do Google think we’re all that gullible to think funnelling money from the UK, to Ireland, to a Dutch holding company registered in Bermuda will disguise the fact they make a helluva lot of profit? Unfortunately for Eric, you can’t win over hearts with technicalities. In a time of financial insecurity across the globe, the huge sums bandied about have left the Average Joe not only disillusioned, but down-right pissed off.

Another reason for the press’ bloodlust for dirt on Google is their famous ‘don’t be evil’ motto, released in their stock market flotation prospectus back in 2004. Member of Parliament Margaret Hodge was first to make the most of the irony, saying, “You are a company that says you ‘do no evil’. And I think that you do do evil.” Margaret went on to encourage the public to boycott Google, together with fellow enemies of the state, Amazon and Starbucks.

What has the result been for Google? Well, in truth, not much. Google’s share of the UK search market is around the 88% mark. Whilst this is down a little, it’s related to Microsoft’s push of their Bing search engine rather than any tax-related fallout. Similarly, there’s no evidence to be found regarding Google’s shares sliding. Quite the opposite in fact, their share value has gone up significantly since the story broke. Not many sleepless nights for Eric then…

It’s been a different story for Starbucks, however. Having a physical presence – around 700 outlets – meant boycotting was inevitable. Starbucks couldn’t rely on a dominant market share like Google; rivals Costa and the thousands of independents were waiting in the wings to welcome disillusioned customers. Accordingly, Starbucks have been more motivated to take action that Google has, agreeing to pay their first tax bill since 2008, This gives some credibility to what they say on their website; “We’ve always believed that businesses can – and should – have a positive impact on the communities they serve.”

What this whole saga has revealed is that for these giant businesses, integrating CSR into a company’s raison d’être is difficult. These money-making machines need to please shareholders, and profit is the key indicator of doing a good job. Now the tax scandal has moved across Europe and America, we should see companies incorporate paying a fair amount of tax into their CSR mix; it won’t just be sourcing components or goods responsibly, it will be about every facet of company doing business ethically. Whilst millions extra may be paid to governments as a result, the argument here is that it will result in the business doing better in the long run due to the reputation upsurge.

Whilst this may cause some rolled eyes from the dyed-in-the-wool board members, not every company has been caught up in 2013’s scandals, and they’re doing very well despite not looking for every conceivable loophole! You may be surprised to hear that Centrica, owner of British Gas, have also been cited as one of the ‘good guys’ when it comes to paying tax. Yes, they may cynically hike up energy bills in winter, but they also paid £760 million into the nation’s coffers in 2011. Worldwide, it came to £891 million, equating to a circa 40% tax rate.

The intriguing question is whether this will help to turn around British Gas’ profiteering reputation. The company has also taken steps to improve transparency with their billing. The first thumbs up in this process was boss Phil Bentley admitting they’d made mistakes, saying; “It’s time for change. It’s clear that the energy industry is facing a crisis of trust and we have all got to work much harder to rebuild public confidence”. The next tick-box filled was being proactive, this time when it came to publishing complaints data. For a change, this didn’t involve a regulator giving them an ultimatum

Back at Starbucks, there’s that nagging reality that they were pressurised into paying taxes more than they felt a moral obligation to do so. The problem for the coffee chain is whether it undermines their efforts, because, be in no doubt, Starbucks does a lot of great stuff. Take, for example, their latest campaign called the ‘Suspended Coffee’ initiative which allows customers to buy a coffee and then reserve one for the homeless. The company is not new to this sort of thing, it is fair to say they have been somewhat pioneers well before the term CSR was known.

British Gas and Starbucks sit on different sides of the coin then; one had a great reputation, which has been tarnished, the other has a bad reputation that they’re working hard on. It will be fascinating to see what happens to both brands’ long-term reputation. What the saga does illustrate is how difficult it is for a consumer to judge a company these days, and it’s understandable that any grand claims can be greeted with wide-spread scepticism when the broadsheets are full of stories – perception is reality.

Sainsbury’s chief Justin King sums up the current situation of CSR nicely. His company, who came away unblemished in the horse meat scandal thanks to their long-term CSR strategy of committing to British food that it sources. The result was not a single positive test of horse meat in their products. At the British Retail Consortium’s Symposium this year, Justin said that if consumers changed where they shopped tomorrow, corporations would quickly change their attitude. It worked with Starbucks, and perhaps made Google at least review their policies.

In the infancy of CSR, many businesses mistakenly assumed this was simply giving a slice of profits to charity. We’ve overcome this layer of naivety now, with the likes of Unilever and GE leading the way in innovative programs amongst the supply chain and local communities to help create a better world for all. However, 2013 has provided a stark reminder that CSR must be genuine throughout the core of the organisation in order to succeed. The common trend amongst those who stay above the fray is that they both pay close attention to CSR and have a grasp of how to be a good corporate citizen.

Rob Fenn works at the British Assessment Bureau, a specialist in the ISO 14001 standard. Internationally recognised, it allows organisations of all types and sizes demonstrate their environmental credentials.