Sustainable Waste Disposal: The Case Of A Waste To Energy Project In York, England 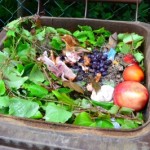 Waste is the enemy of the green movement. It leaves unsightly blemishes on landscapes and waterways, it poisons the natural environment and the species that live in it, and what’s more, it smells.

Everything we do in almost every aspect of our work and lives produces rubbish, great heaps of discarded paper, plastic, metal and sewage all put beyond use and left to stew in landfill sites around the country. And there it stays, taking thousands of years to decompose; a constant reminder that the environmental problem is an enduring one. How depressing.

That’s why every time someone invents a new form of recycling, or puts old waste to good use, environmentalists let out a long sigh of collective relief.

The latest initiative tackles a landfill site in York, England, head on.

In summer 2011, The Walled Garden Partnership, a group set up by two former landfill site owners and Santander Corporate Banking jointly launched an initiative to explore the potential capture and use of the energy generated by landfill sites.

Their goal was to use the energy produced by decomposing rubbish to generate electricity and connect it straight to the national power grid. It worked. The dump now produces enough energy to power 2000 homes for the next 20 years.

For the project to be successful, the group had to make two big investments. First, they had to purchase and install an engine that converts the methane gas that is produced during composting into electricity. Second they had to invest in a 12km cable that connected the site to the national grid. The venture cost just over £1.5m and is already generating a return, powering homes all over York.

Sustainable waste disposal: could it be possible?

Well, not yet. Plastics and toxins in landfill sites will continue to break down and dissipate into the soil for hundreds of years. Cruelly symbolic of our environmentally careless culture, dumps are likely to endure unsustainably. But using the waste to energy technique is an encouraging win for the war against waste.

About the Author Fionan O'Muircheartaigh

Fionán O’Muircheartaigh is a policy analyst based in London. He holds a degree in Politics from the National University of Ireland and an MSc in Environmental Policy from London School of Economics. Fionán’s interests include energy policy and corporate responsibility.