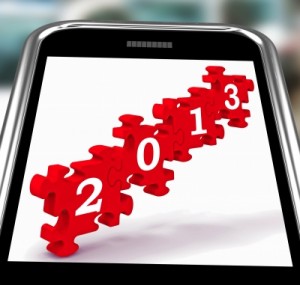 It’s that time of year again when, with unaccustomed amounts of time on their hands, and possibly suffering from a touch of self-loathing following festive over-indulgence or yet another Christmas that did not live up to expectations, people look deep into their souls (or their waistlines or their bank statements) and declare “next year will be different!”. Yes, it’s time for New Year’s Resolutions.

For those of us who practise goal setting and encourage others to do likewise, the majority of New Year’s Resolutions can act as a case study in How Not to Do It. To take just two of the five keywords from the SMART acronym for setting effective goals (Specific, Measurable, Achievable, Realistic and Time-framed) most resolutions are unRealistic and are not Measurable. This is why even the fairly moderate, but regular, social drinker will quickly fall off the wagon when he resolves (usually under the influence of a shocking New Year’s Day hangover) to “give up drinking”. If, however, he frames a more realistic and measurable goal such as “I will limit my average alcohol consumption to 10 units per week” or “I will not drink any alcohol during January” he is far more likely to succeed and realise benefits to his physical and financial health that, while they may be less than the hypothetical benefits of never having another drink ever again, are within his grasp. The further beauty of this is that, having succeeded at this fairly modest, but real, attempt to make a positive change, he is far more likely to set and achieve even bigger and better goals in the future.

The same principles apply to setting goals to improve personal and corporate environmental performance. There needs to be a plan to achieve specific environmental targets within a specified time frame and a framework must be put in place for measuring and giving feedback on performance. What is even better is if you can get your goals for different areas of your life to overlap and become mutually supporting – this is a real win/win situation.

For example, when I worked at the Brecon Beacons National Park Authority, the leadership team asked the staff to commit to reducing their travel-related carbon emissions by 5%. This is a good example of a goal that is specific, measurable, achievable and realistic and it would be a simple matter to add a time dimension. In my case, I set a goal to cycle the 9 miles to work on one day per week during June, July and August. Framing the goal in those terms meant that I reduced the chances I would wimp out because of the weather and my progress towards the goal was easy to measure. If I cycled in on Monday: job done and if I had used the car every day up to Thursday, it was out of bed and into the lycra on Friday morning. As well as contributing to my environmental goal, the 18 miles per week on the bike represented a significant step towards my fitness and exercise goals.

So, departing from the traditional lifestyle magazine approach, I leave you not with a list of ready-made resolutions to be the subject of a half-hearted attempt followed by abandonment by the middle of January, but a selection of areas in which you can set and achieve your own SMART goals and make a positive difference to your health, business, bank account and the planet in 2013.

1. Break the fossil-fuel-for-private-transport addiction. Whether it’s ditching the car altogether, making a modest commitment to cycling or walking like mine or using public transport, just get out of the habit of automatically reaching for the car keys in whatever way works best for you.

2. Look at your energy consumption and where you buy it from. Look at the obvious ways that energy is wasted in homes and businesses – lights left on in empty rooms, inappropriate lamps in light fittings, no thermostatic controls on heating appliances – and address them. Next look at your energy supplier(s). You don’t need to become obsessive but, if you haven’t reviewed your energy supply arrangements in the last year or two, you are probably paying too much. This is also an opportunity to consider buying energy from suppliers who offer “green” tariffs. Finally there is the issue of installing renewable energy generation in your home or business premises, but that would take a whole article in itself.

3. Commit to sourcing at least one item you purchase regularly from a more local and/or ethical source. Whether it’s buying vegetables from a farmers’ market rather than a supermarket or switching your business stationery account to a supplier who uses recycled paper, procurement can have a big impact.

4. Get out more. Are you driving for 20 minutes in order to exercise on an electrically powered machine in an air-conditioned building? Go for a walk/run/cycle in the local park and save time and that expensive gym membership as well as getting some fresh air into your lungs and accessing the many benefits of spending time outdoors.

5. Become a grower and encourage others to do the same. Whether you take on an allotment and become self-sufficient in fruit and vegetables or just cultivate a pot of herbs on a windowsill, the simple act of growing even the tiniest amount of your own food connects you to the cycles and rhythms of the natural world, enriches your spirit and the end result tastes so much better than anything you can buy.