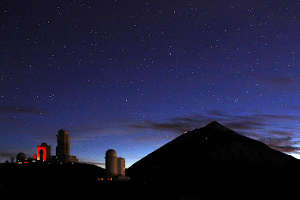 It is impossible to deny the sense of awe and wonder that gazing at the night sky can evoke; an incredibly clear starry sky is an unforgettable sight that can remain forever ingrained in one’s memory. This ‘wow’ moment occurred for me in Namibia, during a night-time walk through a nature reserve. Unfortunately, the magic quickly dissolved as I was distracted by an Earthly light source: Windhoek Airport, 40km away.

Although starlight itself is not threatened, the ability to see it is, and light pollution is the major culprit. Besides being a waste of energy, excessive artificial lighting obstructs space research through compromising the efficiency of astronomical equipment requiring darkness to function. Popular outdoor LED (light-emitting diode) lamps are particularly problematic, and LPS (low pressure sodium) lamps are much preferred near observatories, as their monochromatic light is easier to filter out.

Amazingly, what we call darkness is not actually an absolute lack of light; natural night sky light comprises starlight, sunlight scattered from dust particles, and airglow, which is emitted from molecules that have absorbed solar radiation. When this natural light is obscured, the effects are greatly detrimental for ecosystem function. Not only are over half of the world’s species nocturnal, both nocturnal and diurnal species rely on night duration to interpret seasons and adjust accordingly. Navigation is also commonly based on light, and it is hence unsurprising that large-scale mortality of migratory birds, hatchling sea turtles and insects is caused by artificial lighting.

Subjective value, on the other hand, is impossible to measure but equally important, with cultural references to the night sky common throughout the world, and the term ‘star’ having come to mean the epitome of success and beauty. To celebrate this precious resource, 2009 was declared International Year of Astronomy by the UN. ‘Starlight’ conferences and workshops were held, including preparation for the nomination of the Canary Islands, Hawaii and northern Chile as World Heritage sites and Starlight Reserves committed to preserving the quality of the night sky. Associated schemes already exist, such as the Torrance Barrens Dark Sky Reserve in Canada, centred on nature conservation, and the Mt. John observatory in New Zealand, a tourist hotspot receiving over 1.4 million visitors each year. 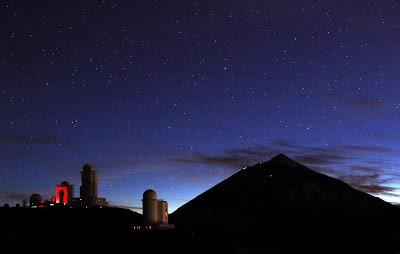 Starlit skies are an elusive element of our environment, literally invisible half the time, yet it is fundamental to appreciate their functional importance to life on Earth beyond their stellar beauty.

Find out more about dark sky conservation projects and initiatives at: Starlight2007 and Dark Skies Awareness