How To Take A Stand Against Hyper-Consumerism 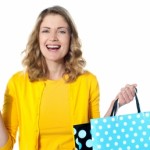 In 1877, Chief Sitting Bull of the Lakota nation remarked of the European invaders who were destroying his people and their way of life, “The love of possession is a disease with them.” He was well and truly ahead of the curve. $4.9 trillion was spent on goods and services worldwide in 1960, but this had reached $30.5 trillion by 2006. As Mad Magazine put it, the only reason American families don’t own an elephant is that they were never offered one through easy, weekly payments.

Hyper-consumerism is a problem. Those goods you purchased on impulse at the checkout required resources to produce and may have resulted in pollution along the way. And the more you spend, the more you must work, which leaves less time for your family, friends and community.

Companies make a mammoth effort to entice you into spending. Necessities such a milk will be at the back of a shop so you have to traipse more and be exposed to thingies you might wish to place in your basket. You can avoid this by sticking to the edge of shops. The Marketing Science Institute found that impulse purchases increase by 10 percent if you visit all rather than just some aisles. Self-service payment isn’t for your convenience. It’s because waiting in a queue is when shoppers are most likely to go back on a purchase decision.

The aroma of baked bread will be used to make you spend more on food, and if a shop doesn’t actually have a bakery, it might just pump the smell in. The company, Scent Air, makes equipment for this very purpose. Smell evokes memory more than any other of the senses.

Research found that impulse shoppers often justified their decisions by saying, “It put me in a better mood.” Shops are well aware of this, and play depressing music as a result. If you fall prey to this, buyer’s remorse later on could actually worsen your mood. Slow music makes people slower, increasing their exposure. Shopping shouldn’t be used for recreation. Purchases could also be used to boost pride, so resist this.

You should never make a purchase on impulse. The MSI found that 60 percent of all purchases were on impulse, so you’ll save a tremendous amount of money. If you wait just a little while, you’ll be more likely to buy what you need rather than what you want, and you won’t have shelled out money merely because you found yourself thinking, “Ooh! Neat!” To steel yourself, you can look in your cupboards and drawers to find those things you bought and only ever used once. Bear in mind that “limited time” sales are intended to provoke you into making impulse purchases.

If you can, you ought to reach your shopping venue by foot or bicycle, which saves both the environment and your money and also reduces stress. Shopping on a weekly basis and not every day will reduce the urge to purchase unnecessary things. Your bags should be reusable. If you have spawned kiddies, they should be left at home if possible to not allow them to pester you in response to goods carefully positioned at their eye level. If you can’t get rid of the little buggers, allow them to select one item. You will feel more of a compulsion to buy food if you shop while hungry.

Credit cards will fool you into thinking you aren’t spending, so it’s best to favour cash, as you don’t like to be parted from it. A survey by Dun & Bradstreet discovered that people paying by cash spent between 12 and 18 percent less.

You should adhere religiously to your shopping list. The optimal course of action is to secure a good deal in terms of both price and quantity. If some new piece of electronics had been released, avoid it at all costs, as it will have been rushed to market to benefit from hype and will consequently feature bugs. You should shun fads, bearing in mind what it will look like 20 years down the line. It makes much more sense to buy clothes that last for years rather than a few months. Warranties are to be examined for not only their duration but what they cover, as the sooner something wears out, the sooner it becomes waste.

If you must buy something, consider how green it is – the effect its production had on the environment. Packaging should also be a consideration, and is something you can research. Buying used items is better for the environment.

If you know that you spend too much, cold turkey isn’t the solution, because it’ll only make you feel deprived and even more eager to spend.