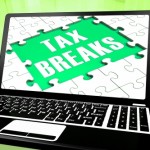 The proposals, which the Government are now consulting on until 13th September 2013  include a reduction in the tax paid on shale gas revenues from 62% to 30%. These reductions are planned as part of “This new tax regime, which I want to make the most generous for shale in the world” said the Chancellor.

Osborne revealed his priorities and the thinking that lay behind the announcement when he added “I want Britain to be a leader of the shale gas revolution – because it has the potential to create thousands of jobs and keep energy bills low for millions of people.”

Now for a Government facing the task of getting itself re-elected following years of ‘austerity’ budgets and cuts to public services, you can see why a technology that offers the prospect of both higher employment and lower energy bills is appealing, which only serves to underline the difficulty that politicians face in dealing with issues such as climate change and resource depletion: to tackle these problems requires a dramatic shift in the ‘business as usual’ model that will undoubtedly cause short-term pain and only deliver benefits in the longer term. This is a proposition that is of no use at all if you operate on a 4-5 year electoral cycle, which means that the short-term pain will see you ejected from office long before the long-term gains are realised, even if these gains include avoiding catastrophic climate change that threatens the very continuation of civilisation as we know it.

It is interesting that most of the media coverage and the debate around shale gas exploitation has centred on the localised environmental concerns surrounding the ‘fracking’ process such as groundwater contamination and the potential of these operations to cause earth tremors. Matthew Roberts’ SBT article of 28th June 2013 addresses the US experience of these issues

In the UK, the British Geological Survey has a programme of research into the possible groundwater and seismic implications of hydraulic fracturing, as ‘fracking’ is properly known

Of far more widespread, indeed global, concern are the effects of the shale gas boom on efforts to reduce CO2 emissions in order to tackle climate change.

Much has been made of the US experience that this new ‘dash for gas’ has led to a reduction in carbon emissions. A recent report by the UK’s Tyndall Centre for Climate Change Research says that this may be an over-simplistic interpretation of what has happened. According to the report, US CO2 emissions from domestic energy have declined by 8.6% since their peak in 2005 – equivalent to an annual reduction of 1.4% per year, which still falls far short of the rate of decarbonisation required to keep global temperature increase below the generally accepted ‘safe-ish’ limit of 2 Degrees. Not all of this reduction can be attributed to shale gas but the part that any switch plays in reducing CO2 emissions is due to the fact that burning natural gas in a power stations emits around 44% less Co2 per Megawatt-hour of electricity generation than using coal, which is the main fuel displaced. What tends to be overlooked in celebrating this reduction is the fact that using gas to generate electricity still emits around 300kg of CO2 per Megawatt-hour as opposed to 500kg for coal or less than 10kg for wind and nuclear.

The bottom line after cutting through all the hype is that shale gas may be ‘less bad’ than the coal that it displaces but it is not ‘good’. Furthermore, it is still a finite resource so its exploitation is only putting back the day when the lights go out, not offering a long-term sustainable way to keep them on.

Where shale gas could fit into a future energy mix, as with nuclear power, is as a short- to medium-term stop-gap until zero-emissions technologies such as renewables or nuclear fusion, are developed to a point where they are both technically feasible and economically viable sources of power. A clear long-term road map to a sustainable energy model could credibly include shale gas as an interim technology on the path to a low carbon future. In this context, offering tax incentives to companies to develop this embryonic industry would be justified and a perfectly proper thing to do as part of a taxation and regulatory framework that also incentivised work on developing the long-term solution and penalised the old, highly polluting technologies to increase the speed of the switch of investment away from them. Such a move would also address issues of energy security and the risk of relying on imports of vital energy sources from politically volatile parts of the world.

The problem appears to be that, almost inevitably, we are seeing a government pursue short-term advantage without appearing to consider the future. The problem is that the future, like the gas, is in danger of running out.

that is basically a lie… but those who hate Obama feel that any lie is fine… as long as it adds to the anti-Obama rheitroc.It isn’t just Obama. Gingrich was into green energy subsidies and carbon taxes too. But as a man who is not big on standing on principle and is willing to bet that Republican voters will forget his past deeds was willing to change his mind and speak out against the green energy swindle. But he was just as wrong as Obama. This issue is not one about politics but economics. Obama is a big government guy who believes that the economy is made up of a bunch of buttons and levers that can be manipulated to get a desired outcome. Like most lefties he is clueless about this and has no idea that the economic calculation debate was lost a long time ago. The Republicans are not all that different because most of them also believe that the economy can be managed by the ‘right’ leader who surrounds himself with wise business-friendly advisers. Both are full of crap and both will say and do what they have to in order to advance political agendas that have nothing to do with what is good for the economy. Sadly, most voters are just as clueless as you are and can’t quite see the picture clearly enough to figure out what is going on. Like you, they turn every economic or social issue into a political game and the opportunity to act rationally is lost. Which is why the smart money is betting that the USD is going to collapse right after the Euro and that the US will find itself in the same position as the PIIGS but in worse trouble because it has not had to go through that type of economic turmoil for a very long period of time. (When Taleb publishes his next book I suggest that you pick up a copy. You might actually learn a little about risk and robust systems.)