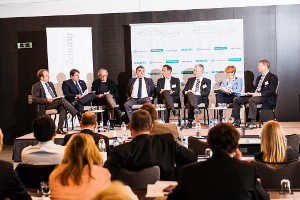 Competitiveness has replaced climate policy since the crisis, according to the former president and member of the European Parliament (EP), Jerzy Busek. “Two to three years ago, climate policy was the winner in the competition with energy policy. Now, energy policy seems to be more and more important together with competitive economy and negotiations with the US.” He states: “We should not neglect that the EU is alone with climate policy. In the EP we are divided fifty-fifty on the issue.” Amazingly, the majority of European politicians share the perspective of the main European energy producers and energy intensive industries that climate change is not en vogue today.

While acknowledging that “our human activities change the climate”, as Jerzy Busek does just like every European who is of sound mind, Chief Climate Change Advisor of Royal Dutch Shell David Hone must not have understood the nature of climate change quite correctly when he says: “It is more a question of when to address it [climate change] than if we address it.” Is that so? Or does this imply that we should first exploit all our fossil fuels and gain all the profits, before we act? 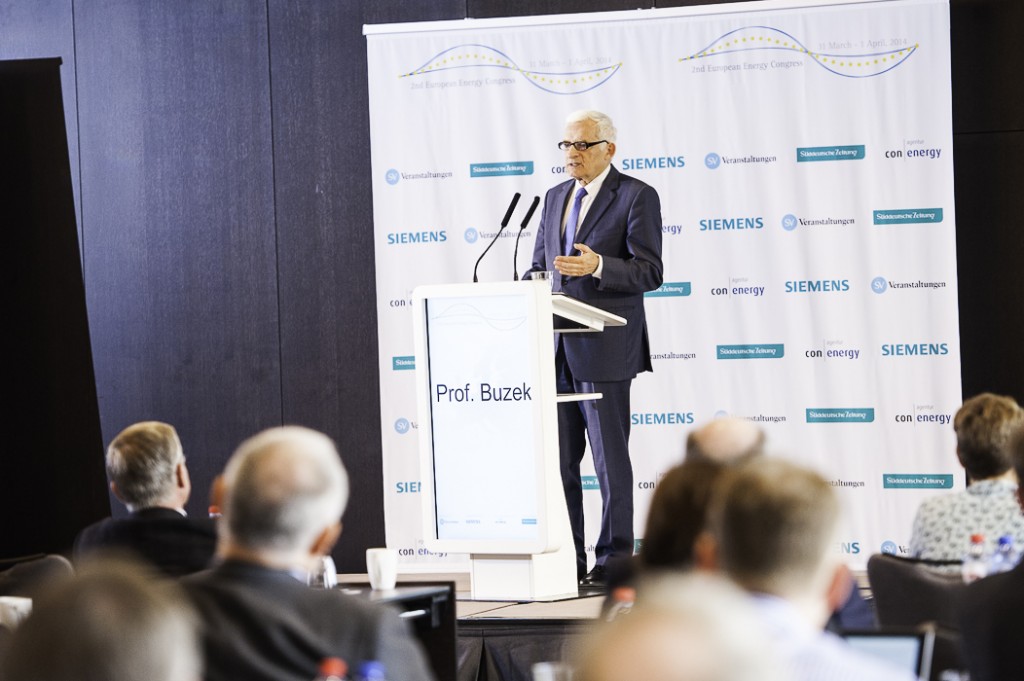 The report “Impacts, Adaptation and Vulnerability” of Working Group II of the Intergovernmental Panel on Climate Change (IPCC) issued 1st April 2014 in Yokohama, Japan says unequivocally that the effects of climate change are already occurring on all continents and across the oceans. It further states that with higher levels of warming that result from continued growth in greenhouse gas emissions, risks will be increasingly challenging to manage, hence sustained investments in adaptation will face limits.

Time is therefore crucial, and the window of opportunity is almost closed. It is for this reason that climate policy should be at the heart of energy policy, and climate targets should set the agenda, not the other way round. This is the approach suggested by Klaus Töpfer, Executive Director of the IASS who demands that Europe has to show visionary leadership in reducing emissions, using its highly developed technology to create solutions not only for Europe, but for the rest of the world.

Could that indeed endanger our industrial competitiveness, as the backward group suggests?

The opinions are divided. There is agreement that investors need certainty. There is also agreement that we need to shift from single national energy policies to a common European energy market. Günther Oettinger, EU Energy Commissioner presents “Connecting Europe” and “Projects of Common Interest” as pathways for the EU and fiercely criticizes the French strategy with EDF holding 100% of the market share in France: “We have to break the market power of EDF.”

Constructive ways for building the common market are initiatives starting with first movers, like the Pentalateral Forum. Peter Reitz, CEO of the European Energy Exchange AG is in favor of linking trading markets: “It has led to less volatility. If we want a single European market with only one price, the cheapest way of getting there is expanding the network.” 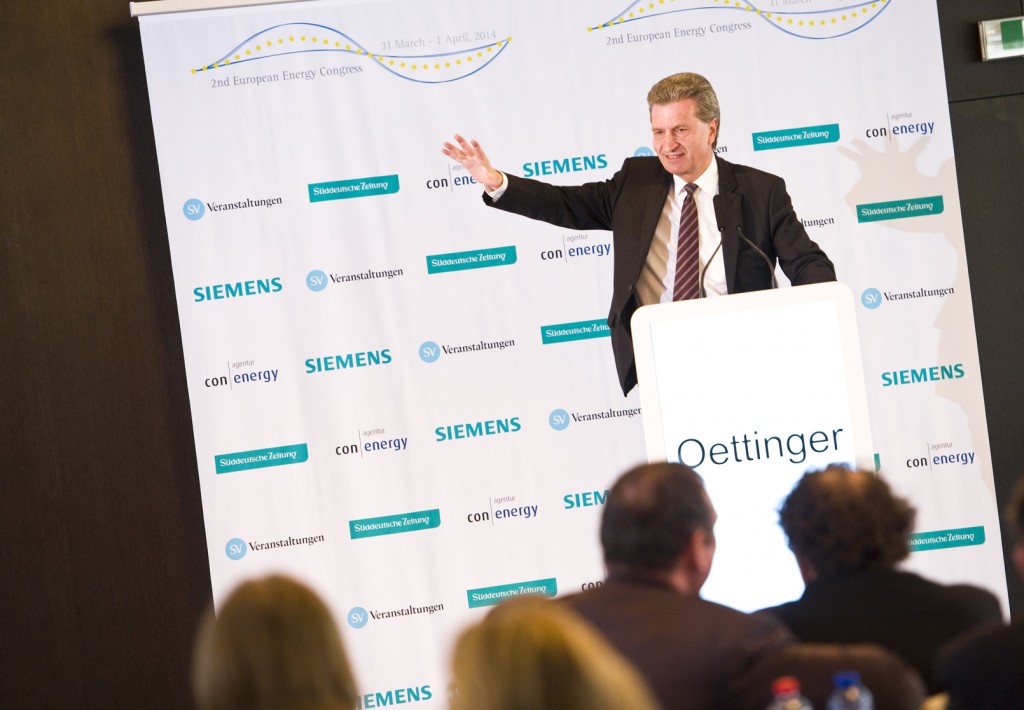 Yet, there is disagreement on how a European energy policy should be designed, depending on special interests of the parties involved. For Christoph Frei from the World Energy Council innovation is key for competitiveness and climate policy: “With current rates of innovation in both policy and technology, we will not stay within the 2°C limit until 2050 – we need higher rates of innovation.” Also for DG Climate ambitious climate policies are essential for staying competitive: “Linking climate policy, energy costs and competitiveness will make us less vulnerable and give us economic and competitive advantages”, states Niels Ladefoged from Connie Hedegaards Cabinet.

The ETS is dead: New approaches for EU 2030 need to be developed

So how could the EU Climate and Energy Framework 2030 that the EU Council postponed to October deliver the results needed and contribute to a competitive, cost-effective, low-carbon, sustainable European energy supply? Juan Alario, Associate Director of the Energy Department, European Investment Bank (EIB) underlines the necessity of the right investment climate: “Energy investments are part of the solution for the competition challenge. If we put in place the right policies it will result in more continuity.” In the case of energy efficiency, less than 20 Billion € were invested annually, while around 85 Billion € would be required. “In the EIB we see a lot of interest on behalf of investors, but you need smart approaches that mobilize investments. A grant in the order of 40 Million € can generate 3 Billion €.” 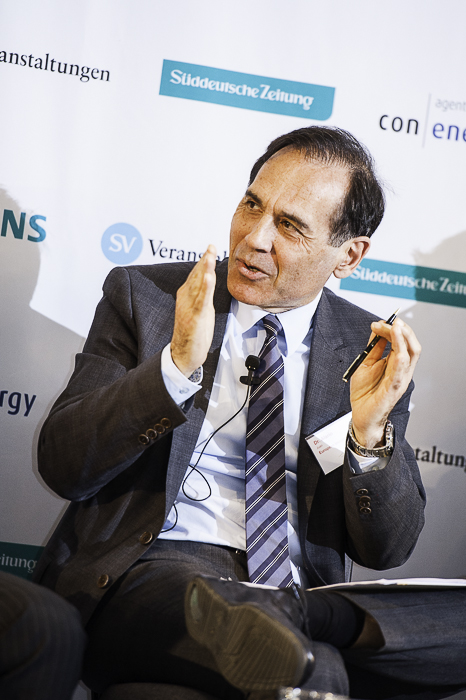 Does the current 2030 draft programme provide those smart approaches? Far from it! Claude Turmes, energy expert and member of the European Parliament for the Green Party for the last 15 years, is convinced that the reform of the EU ETS cannot revitalize this complete failure and none of the current reform proposals could help repair it. “The ETS is dead.” The past emission reductions arose rather from the guidelines on renewable energies and energy efficiency. The green politician unmasks the deal that Cameron, Barroso and Oettinger made in January as a coup towards reasonable politics.

In his scenario, Business Europe would receive the trophy for their successful lobbying with which they destroyed the EU-ETS once again. The hostage of this coup was the climate community. Claude Turmes questions the current proposal that would result in more fossil fuels and more nuclear, whereas the real solutions are: higher efficiency, more renewables and higher inter-connectivity. 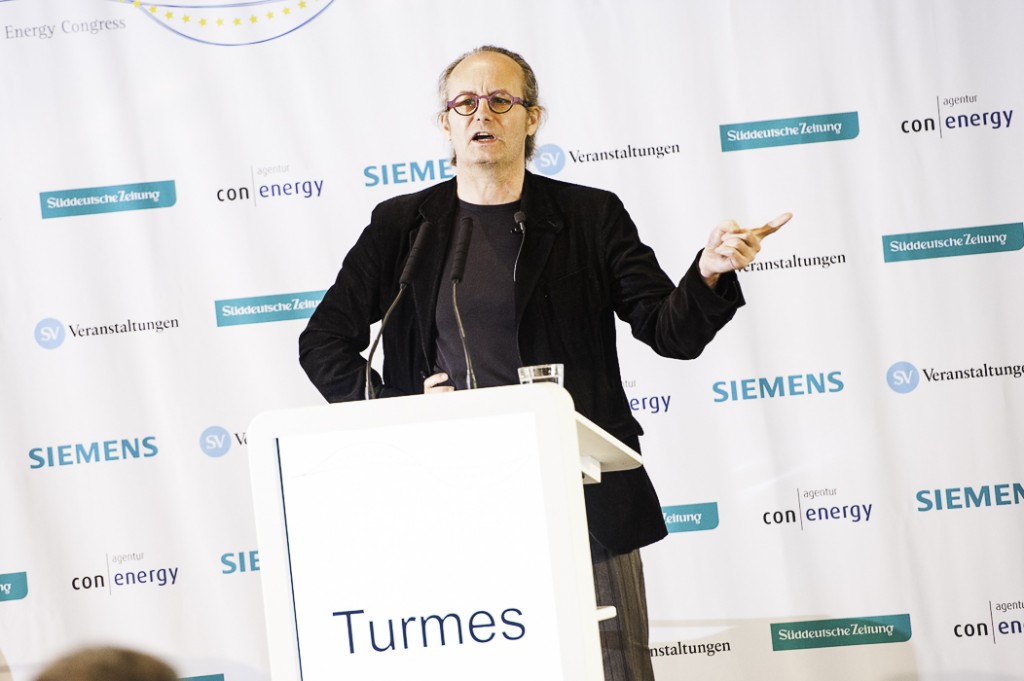 One aspect hardly showed up in the discussions: Could we not shift from a useless ETS to a carbon tax in order to finally put a real price on carbon? A newly designed carbon tax model, combined with incentives for the best performers might deserve a second thought, even though it might politically not be enforceable today.