Using A Load Of Old Rubbish As An Energy Source 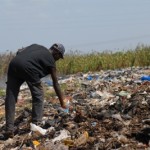 It is, quite literally, Eurotrash. Norway is importing all the rubbish it can obtain so it can burn it to generate energy. The United Kingdom was the source of 45,000 tons in the six months to April, 2013. The European market is large, with 150 million tons of waste deposited in European landfills every year.

Pål Spillum, head of waste recovery at Norway’s Climate and Pollution Agency, said, “Waste has become a commodity.” It’s sometimes cheaper to pay for rubbish to be taken away to be burned than it is to bury it. On other occasions, the Agency pays for rubbish, something of which many people complain.

The Agency makes half its income from taking waste and the other half from selling the energy produced. This is now the European Union’s most popular method of rubbish disposal, and 420 plants generate heat and electricity for over 20 million people by the use of refuse-derived fuel. There is competition for rubbish with Germany, Austria and Sweden. Every ton of trash processed entails that one less ton of carbon dioxide equivalent is generated. In part, this is because there’s no methane, as there would be from a landfill. There’s technology to deal with even toxic waste.

The incinerator used in Norway requires “clean trash,” but Norwegians are meticulous over their waste and divide it between three bags which are available for free from grocery and other stores: blue for plastics, green for food waste and white for all else.

Henning Reinton, the head of Greenpeace in Norway, was one to say that rubbish imported from other countries might not be sorted so carefully, and it was better to minimise waste rather than burn it. Julian Kirby of Friends of the Earth provided further caution, saying that 80 percent of waste is easily recycled, and if people can rely on their waste being burned they might be more likely to throw things away instead of recycling them. A final consideration is that the plant that converts waste to energy is unattractive: as Lars T. Angenent, an associate professor in biological and environmental engineering at Cornell University, put it: “People don’t want to live next to a trash burner.”

Half of the buildings in Oslo are powered in this fashion. Plants can handle over 700 million tons, but with Oslo having a population of only 650,000, insufficient rubbish is produced, so it’s necessary to import from the United Kingdom, Sweden and the Republic of Ireland. Waste from Italy was rejected, presumably because it would be less clean, but Pål Mikkelsen, director of the Climate and Pollution Agency, would not go into detail: “It’s a sensitive question.”

Mikkelsen said he’d like to also take waste from the United States, as sea transport is cheap. New York alone sends 10,500 tons of waste to landfills every day, and some US landfills are full to capacity, as there’s less pressure to make optimal use of land given the quantities available.

That waste disposal could be applied here in kenya, it will clean the entire country mombasa county council should watch this.