Back to the wild: How Rewilding Europe is bringing back our lost megafauna 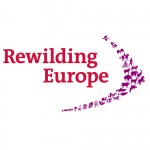 Back in 1998 Soule and Noss wrote a key paper called “Rewilding and Biodiversity” that became the keystone of a new movement, aimed at restoring ecosystems through the reintroduction of keystone species. To put it simply, a species is defined as “keystone” when it has a disproportionate effect on its ecosystem – for instance, beavers, which affect rivers with their dams, or top predators like the wolf.

The concept of rewilding went through several incarnations – including Zimov’s Pleistocene Park, a protected area in Russia managed to recreate the “Mammoth ecosystem”, and Donlan’s ideas to introduce African species (think cheetahs) in North America to restore lost ecosystem functions.

In Europe the movement is led by Rewilding Europe, an organisation working in five sites – Western Iberia, the Danube Delta, Velebit, and the Southern and Eastern Carpathian. They aim at having ten rewilded areas, and the Central Apennines in Italy have just been announced as their new site. Rewilding Europe’s vision is to bring back the big beasts that roamed Europe not so long ago – wolves, wild horses, bears, lynx, deer, bison, and the list goes on. The most exciting project is possibly the reintroduction of the auroch, an extinct bovine that is the ancestor of every cattle breed in the continent. Rewilding Europe is currently trying to back breed it, under the provisional name of Tauros.

The thing is, we’re used to think of Europe as a nice, civilised place where agricultural land and cities alternate in an orderly fashion, with a few birds and smaller mammals being the only wildlife around. Megafauna has largely being confined to parks or wilder areas in Eastern and Northern Europe. European conservation came to have a domesticated taste, as species that adapted well to ecosystems altered by humans became its target. Urban conservation and agricultural schemes are the products of this. But it hasn’t always been like this, and it wasn’t too long ago that these titans walked among us. We hunted them to the brink of extinction, drove them away, and destroyed their habitat so that we could have our little comfortable life in cities surrounded by fields.

Well, now those fields are getting emptier every year, as people leave agriculture to start a new life in the big cities. And what happens to these large, abandoned portions of land? Well, wild, big animals are reclaiming them, aided by conservation initiatives that are giving them the chance to move around Europe more freely. Rewilding Europe is taking this chance to speed things up, and create new wild areas that can be compared to the Serengeti or Yellowstone. With a bit of luck, we’ll again get used to sharing our land with these species, as Europe becomes a wilder place. Again.

Soule and Noss’ original paper can be found here, Zimov’s and Donlan’s views here and here. Rewilding Europe’s website is tremendously inspiring, and their brochure is a fantastic read. And don’t forget to check this new study that got everybody talking last week, on how wildlife is coming back to Europe.