Putting People And Planet Above Profit: The B Corps Movement 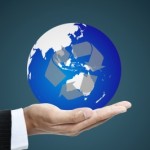 Earlier this month the state of Delaware made an historic move: it enacted benefit corporation legislation, giving legal protection to a new breed of socially-conscious business. Benefit corporations, or ‘b corporations’, have the ‘triple bottom line’ embedded in their structure; people, planet, and profit. This idea tips the current profit-maximising aim of traditional corporations on its head and it’s catching on: since October 2010 when Maryland, USA, became the first state to sign b corporations into legal existence, 20 more states have followed suit.

The movement’s latest success in Delaware is its most significant: the state is a major corporate hub with 50% of all publicly traded US companies forming there.

The idea for b corporations was initiated by B Lab, a non-profit started by a trio of entrepreneurs in 2006. Today, they are spearheading the movement worldwide and providing ‘B Corp’ accreditation for companies meeting their rigorous social and environmental standards. 798 businesses have been accredited by them so far, with 300 of these taking the next step and becoming legally certified benefit corporations.

B corporations are springing up in a wide spread of sectors, and range from sustainability consultancies to solar power providers. Familiar brands proudly bearing B Corp accreditation include Method, whose green cleaning products are on most major UK supermarket shelves, Ben & Jerry’s, and outdoor apparel company Patagonia.

Of course, the triple bottom line is not a new idea. If Unilever was adhering strictly to the ‘maximisation of shareholder value’ mantra, would it be providing a comprehensive employee health plan? Would Marks and Spencer be trying to up its usage of sustainable cotton?

Critics of the b corporation movement have used examples like this to suggest that the movement isn’t needed. But this misses two key points: firstly, decisions like Delaware’s herald a major change in the legal environment for companies wishing to put social and environmental goals above profit-making. They will now be protected by law to pursue public benefit, instead of treading a fine line between having a conscience and behaving illegally.

In the UK, this sort of legislation would mark a sea change in the meaning of the company: currently, our Companies Act 2006 states that company directors “must have regard” to their businesses’ impact on the community and environment, but their priority must be profits, or as the statute puts it, to act “in a way that benefits the shareholders as a whole”.

Using unsustainable natural resources can bring reputational damage and in some cases (such as pollutant pesticides entering drinking water) can provoke allegations of human rights violations, both of which can negatively impact profits. Sustainability becomes a profit maximisation and brand management exercise because if it didn’t, it would contravene company law. B corporations, in contrast, have sustainability at their core and that’s why they matter.

B Lab is seeking to bring the movement to Europe in the near future. If they garner enough support we might see our laws changed too, finally enshrining people and planet over profit.