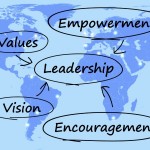 In my last blog I looked at some of the problems associated with trying to become a more responsible company, particularly if a company is looking to profit from ethical behaviour.

But there are businesses that do ‘do well by doing good’ – so how do they succeed in the face of opposing market norms? I began my research by asking if companies that had strong core values could overcome financial barriers to sustainability initiatives.

As I read around the subject another strand of thinking revealed itself: the importance of a core purpose. Values and purpose seem to support each other: whilst influential on their own, together they form a cultural framework that can guide corporate behaviour extremely effectively towards common achievement of agreed goals.

In this post I look at theories of values and purpose. My next blog will look at practical examples of companies such as Toyota, Adnams, Vitsœ, Patagonia and Chipotle doing well by doing good.

Charles Handy, writing after the accounting scandals of the early noughties – when public trust in business was at ‘an all time low’, underlined what remains true today: ‘We cannot escape the fundamental question, Whom and what is a business for?’. It seems that businesses that lead in their fields today appreciate the difference between profit and purpose. Handy argued that this understanding has largely eroded to a belief that value can be created where none exists, success measured by share price alone: pride of possession and the responsibilities of ownership have given way to pure self-interest. And yet, ‘to turn shareholders’ needs into a purpose is to be guilty of a logical confusion, to mistake a necessary condition for a sufficient one. We need to eat to live… but if we lived mainly to eat… we would become gross. The purpose of a business… is to make a profit so that [it] can do something more or better.’[2]

Pioneering business leaders have backed this view – anyone in a supervisory position would benefit from reading HP co-founder David Packard’s eloquent speech to his managers in 1960.

Today more than ever before, much of a business’ worth is tied up in its intellectual property (i.e. its people) rather than its assets. Another practitioner academic, Arie de Geus, has written about Living companies[3]. These companies invert what has become the standard owner-manager view: they value people, not assets. A company expecting to span several generations ‘exists in a world it cannot hope to control’[4] and must be prepared to change its portfolio completely to meet changing times and market conditions: such companies scuttle assets, not people, to survive. Assets and profits are a means to earn a living, but not the reason for it.

The argument is that by basing policies on the language and thinking of economics, companies forget that their organisation is a community of people in business primarily to stay alive. Longevity isn’t in itself sustainable, but it is an inalienable aspect of sustainability. Keeping a company (and its community) alive requires owners and managers to hand the business over to successors in at least as good health as when they were entrusted with it. Allowing people to grow within a community held together by ‘clearly stated values’ where managers ‘place the perpetuation of the community before all other concerns’[5] supports this: the community understands ‘who is us’, that it holds values in common and, importantly, understands what it values[6].

Jim Collins, author of the well-known Good To Great

and Built To Last

– describes this as a company’s ‘core ideology’ – what the company stands for, the reason it exists – core ideology is unchanging over time[7]. Together with an ‘envisioned future’ (what the company aspires to, which can change), it makes up an overall vision, which is closely linked to a company’s ability to manage continuity and change. Core ideology consists of core values (a system of guiding principles) and core purpose, which is the organisation’s most fundamental reason for existence. These values need no justification: they are enduring and intrinsically important to all. The important factor is not what the values are, but that they exist and are understood by all. If a company might be penalised for holding a core value and would consider changing it, then it is clearly not a core value: ‘a company should not change its core values in response to market changes… it should change markets… to remain true to its core values’[8].

This theory proved particularly interesting with regard to sustainability values during my research. Many of the companies that participated, now amongst the most sustainability-focused businesses in the world, did not start out with core sustainability values. They just started out with values or purpose. As Patagonia CEO Casey Sheahan has said, if you don’t stand for something, you stand for nothing[9].

Chipotle wanted to serve great tasting burritos: it just so happened that the best tasting pork came from naturally raised pigs. Caring about where to get the best tasting meat led the company down a path that made it ask other questions beyond just getting the best tasting food. Similar stories exist at Patagonia and Adnams. If a company really cares about something it is much quicker to question how it will secure its long-term survival so it can keep doing what it does, which then perpetuates an ever-growing concern for sustainability issues.

Values and Purpose at Scale

Research has linked the success of certain large multinationals to agility deriving from shared sets of values guiding individual and group choices and actions[10]. Supported by standardised management practices, ‘values turn out to be the key ingredient in the most vibrant and successful of today’s multinationals’[11]. These ideas of values-improved collaboration, decision-making, innovation, motivation and community, have been developed to propose a theory of ‘institutional logic’ that is ‘built on a foundation of purpose and values, [serving] as a buffer against uncertainty and change’[12].

Thinking of companies as social institutions and communities as well as profit making entities can open up the possibility of short-term financial sacrifice in the interests of future success. Institutional logic refocuses companies beyond money generation and re-envisions them as ‘vehicles for accomplishing societal purposes and for providing meaningful livelihoods for those who work in them’[13].

Values become embedded in tasks and goals, further encouraging motivation and self-regulation. More and more, leading companies are thinking about ‘building enduring institutions’[14] with society and people at the core: using societal value and human values as decision-making criteria, enabling investment in the future of the business and the society on which they depend.

An understanding of purpose and vision throughout the community that forms the business, coupled with core values that are instinctively applied to decision-making, facilitates positive individual traits such as autonomy, flexibility and self-expression, which in turn catalyse clear standards and processes in operations[15]. Investing in the community reduces the problems of agency and reactivity that are traditionally associated with increasing organisational scale.

Bringing Purpose and Values Together to Form Culture

Culture is the sum total of past and present values, interests, and behaviours. It builds up over time, and is continually evolving. Corporations also create culture: they develop language, attitudes, ways of solving problems, paths of action, values that they protect as well as those they ignore. Promoting community, protecting and reflecting corporate culture, provides an element of predictability free from command-and-control. A self-organising corporate community of individuals acts as a whole, more able to uphold common behaviours and values.

Companies are succeeding in spite of their focus on non-traditional drivers[16], such as community engagement, labour relations, environmental protection, corporate governance and supply chain accountability. There is an increasingly broad range of organisational principles and practices that have been shown to support the creation of sustainable businesses.

Of course, it isn’t as simple as the theories might suggest. Sustainability incorporates all of these non-traditional drivers: just as a tobacco company can put excellent corporate governance measures in place to good bottom-line (risk-mitigated) effect, there is no evidence that a core purpose won’t serve bad interests just as well as good.

A belief that any of the ideas discussed will reveal win-wins in every situation is delusional: businesses must understand (just as people must) that their interests do not trump all others. It is only through a deep respect of other people’s interests and an understanding of the importance of community that a company can escape the manacles of realism and absolutism, and embrace success deriving from the relativism that is the very essence of life. What Collins calls the ‘genius of the And’[18].

About the Author Julian Hill-Landolt

Julian Hill-Landolt is an experienced sustainability professional with particular expertise in sustainable business strategies including specialisation in values-based sustainability and an interdisciplinary understanding of environmental law, economics and policy. Julian has recently completed an M.Sc. at Imperial College London in Environmental Technology. he is currently working for Toyota Motor Europe in Brussels. Apart from writing general articles for the Sustainable Business Toolkit, Julian also shares extracts from his masters thesis.

I enjoyed reading your article and certainly so much more to say on everything you touched up. Most of my career has been in leading environmental projects, and today it is more about working with executives in helping them unlock their potential and the organizations that they lead. One the most significant observations over my 30 year career, is the shift in what truly defines a competitive advantage and growth potential for a business that is committed to those aims. It is no longer the technical knowledge, the business strategy, it has as your article brings out, everything to do with how leaders relate (and everyone is a leader) to purpose, possibility,integrity, accountability, and many many other attributes. Our world truly has approached the point where we are so clearly and nearly instantaneously connected, our “relatedness” is what truly matters.

Thanks for your kind words. You are right of course in terms of what will be required to get a great many organisations to become more sustainable, but we should not lose sight of the difference between mass incremental improvements and fixing the system as a whole. I am always slightly concerned when competitive advantage and growth potential are invoked as reasons for implementing sustainability – unless correctly framed, using sustainability to achieve these two business goals can be as damaging as doing nothing at all. From my perspective, the most important fundamental shift required from business is to move it from the goal of generating ever increasing profits to be siphoned off to owners and managers, to a goal of supporting itself and the community that it is made up of by delivering a product or service that meets a genuine need. At the moment, a business could have a clear purpose, operate with integrity, strive for ‘sustainability’ and be considered accountable whilst still ultimately driving wants rather than serving needs. The more that people focus on relatedness, the clearer the wider view of impacts becomes, making it harder for companies to operate with a narrow view of sustainability (so a company that requires many resources in order to drive its growth becomes ever more aware of its resource footprint and must therefore hopefully question its strategy into future with regard to its ability to sustain the business itself on its current model). The question for us is, how do we get companies to widen the net of what they consider ‘related’ so that they reach this point of self reflection sooner rather than later?