Are Personal Carbon Offsets A Cop-Out? 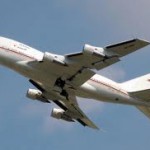 Since the option of trading carbon offsets on the market became a reality, a bewildering array of private companies have become established that offer private citizens the possibility of off-setting their carbon consumption. These off-sets may be calculated averages over an entire year or focussed on individual carbon-consuming events, such as flights, etc.

While there can be no doubt that the increasing profile of such companies has helped to bolster their credibility and, at the same time, publicise the need for the public to be carbon conscious, it could also be argued that their rationale is fundamentally flawed.

Carbon off-setting was originally based on the premise that if a company could not reduce its own carbon consumption, then it could purchase reductions elsewhere. Since reductions in carbon consumption for companies could involve punitive or unworkable technical changes, the logic behind carbon off-setting for businesses was clear. However, the issues currently surrounding the EU’s carbon trading scheme highlight the difficulties in operating such a system, even for businesses, where it is open to abuse.

But, the principle of personal carbon off-setting is flawed for two reasons:

1. The individual’s carbon-consuming behaviour does not change.

With regard to the second point, in most cases purchased carbon off-sets are used for projects outside of the country where they were bought – typically in developing countries where such projects are cheaper. However, this serves to reinforce the imbalance between the carbon outputs of developed and developing countries, which is widely regarded as one of the most significant stumbling blocks to agreeing a global carbon reduction programme. Additionally, carbon output and carbon mitigation cannot be so easily balanced – supporting construction of a wind farm in Brazil does not equal flying from London to New York first class even if, in terms of CO2 tonnage, the figures balance. This is because of the additional greenhouse gas emissions associated with flying and the potential initial environmental damage of turbine construction, etc. Furthermore, since the projects being paid for by off-sets are not sited in the countries where the off-sets are bought, all of the vital publicity and profile necessary to encourage carbon consciousness in those countries is lost.

Thus, overall, while the concept of personalised carbon off-setting serves the purpose of promoting carbon consciousness, in real terms, whether it can make a long-term contribution to carbon reduction is debatable. While the decision to mitigate personal carbon consumption is highly commendable, individuals should view off-setting as a last resort to attaining carbon neutrality. So, before clicking on ‘Checkout’ on the website of one of these private off-setting companies, ask yourself: “Instead of purchasing this carbon, can I just not use it?”. Then you will truly have attained the right philosophy that will make a long-term difference in the battle to rein in global carbon consumption.