Palm Oil: Is The Future Of Biodiesel Sustainable? 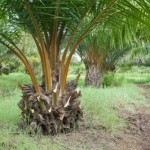 Palm Oil is the worlds third most produced oil with primary production areas spreading from Malaysia and Indonesia to Thailand and Brazil.

This is further hampered by associated negative impacts in relation to oil extraction and production.

Palm Oil has little of a golden image, but should it?

The Growth of Palm Oil

Land clearance and virgin forest conversion in Malaysia has grown from 2 to 4 million hectares in a 15 year period (1990 – 2005) with further increases to date. This conversion happens on Carbon rich peatlands, which once degraded can take years to accumulate relevant organic matter to maturity, and are estimated to store 20% of the global peatland soil carbon.

Land use is an important contributing factor to climate change, with an estimated 17% of emissions as a result of it. This conversion is the primary problem for many environmental and social entities locally and globally.

Land systems are complex and can release carbon dioxide, methane and nitrous oxide. Many attempts at quantification have been carried out, however they have primarily focused on soil releases of carbon dioxide; the most common GHG.

In order to establish whether this system can counteract its negative effects, especially those associated with land use changes, the gas release from the soil, above ground biomass and drainage needs to be measured. Once we can model these, understanding if the changes made have an impact can be considered. If you understand where a system is losing gases then methods to counteract this can be generated. In the interim, some more sustainable practice could be used.

At present, the 2 most harmful impacts of Palm Oil plantations are where they are grown and how the land is cleared.

In Indonesia a common practice known as slash-and-burn is used for land clearance. It generates vast amounts of smoke and smog that drifts across international borders, causing breathing problems for surrounding populations.

Secondly, most plantations are grown on carbon and methane rich organic peat soils. The exploitation of these soils ultimately results in organic matter loss and often requires the addition of fertilizer.

The Roundtable on Sustainable Palm Oil

It is for this reason the Roundtable on Sustainable Palm Oil was created in 2004 and includes a whole host of stakeholders!

RTSPO’s accreditation can be given out to selected producers that meet there 8 essential criteria. As an accredited producer, you must have considered the long-term sustainable goals of your organization and as a consumer, with business or personal agendas, you can be safe in the knowledge that your palm oil is made sustainably.

Most Malaysian producers are members, unfortunately companies in Indonesia have been slow to take up accreditation. The challenge is for major consumers such as the EU to work effectively with Indonesian producers to help make production methods more sustainable. Just then maybe we can have a chance to utilize Palm Oil with a greener image.

The sustainability of Palm Oil, much like everything else, relies on the international community as a whole working together to solve a global problem.