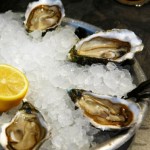 Oyster shell recycling can help sustainability. The process of recycling discarded oyster shells can have hugely positive effects on the sustainability of coastal areas, its influences include; the cleaning of polluted oceans, the increase in future yields of shellfish and furthermore the ability to provide foundations for the future growth of oyster reefs.

Oysters are one of Louisiana’s most popular coastal foods, the discarded shells needn’t go to waste. Shells can be recycled back into their natural habitat where they can serve as a natural material to regenerate oyster communities within the region. Oyster larvae preferentially latch onto other oyster shells during the life development stages, by placing discarded shells from local restaurants back onto the sea floor, they help new oyster communities form. This sustainable process is particularly important in areas of high exploitation such as Louisiana which currently has a shell deficit.

Coalition to Restore Coastal Louisiana (CRCL) – a Louisiana based group, has started a project to return oyster shells back into the natural habitat, where they can serve in the regeneration of oysters and as a stepping stone for reef creation leading to rapid expansion of populations. Working with local restaurants in New Orleans the project hopes to start the collection of oyster shells this autumn. Steven Peyronnin executive director of CRCL stated “Oyster shell is a naturally-created and valuable material that should be returned to the coast, where it can serve as a foundation for reefs and as cultch for more oysters” Oyster reefs will deteriorate over time if current exploitation rates continue without the recycling of shells.

The project is funded by a $1 million donation from Shell Oil Company. The Louisiana Oyster Shell Recycling and Reef Restoration Program, to be managed by CRCL is the states first official oyster shell recycling programme. The $1 million donation is estimated to keep the project running for at least 2 years, funding management staff and contracting waste disposal companies that distribute discarded shells from restaurants.

Potential for this type of programme is supported by the success of other similar programmes in other states. North Carolina, located on the Eastern Coast on the USA, has embraced the recycling of the shells and even initiated oyster-shell collection points. These established points are similar to bottle banks in an attempt to simplify the process of oyster shell recycling.

The success of previous projects is thought to have led to the generous donation provided by Shell Oil company, noticing the large potential in the programme. By creating such initiatives oyster populations can be used sustainably and benefit both local businesses and coastal ecosystems.