Owen Paterson: one year on 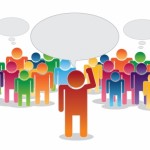 At the 2011 Conservative party conference, the Environment Secretary Caroline Spelman asserted that “We have enjoyed the riches of economic growth over the last century, without fully understanding the cost. It’s a cost we can ill afford… For those who think investing in our environment and taking measures to protect it are ‘nice to have’ but ‘not essential’, I have to say, you’re wrong.”

However, Spelman’s pro-environment stance was not a party-wide phenomenon. Eight months after the conference, in May of 2012, Owen Paterson (then Secretary of State for Northern Ireland) proposed a plan for economic growth that relied on disregarding many environmental concerns.  This included an exemption of all micro-businesses from red tape, an end to all energy subsidies (such as for wind and solar power), fast-tracked exploitation of shale gas, and an urgent review of airport policy to ensure maximisation of global trade opportunities. Paterson’s position was clear – ‘green’ concerns were getting in the way of success for business.

However, several months later, a Cabinet reshuffle saw him appointed as Secretary of State for Environment, Food and Rural Affairs, whilst Caroline Spelman, who understood the havoc that irresponsible capitalist growth has wreaked on the environment, was relegated to the back benches. His appointment was met with disdain by many environmental campaigners, who pointed to his less than green environmental voting history and his opposition to the proposed expansion of output from Welsh wind farms as evidence of his incompatibility with the job. His industrialist stance on environmental issues led Sam Coates, political correspondent for The Times, to speculate that “Owen Paterson [is] sceptical on climate change… his views… make him an aggressive choice for the “environment” remit.” Accused by George Monbiot of being “steeped in the mythologies of the anti-environment movement” and of exemplifying the “denial about the underlying problems” prevalent within the Conservative party, Owen Paterson’s appointment as Environment Secretary was certainly at odds with the coalition’s promise to be the “greenest government ever.” Monbiot lamented that Paterson’s appointment was proof that the Conservative faction that “fiercely opposed… anything that prevents business from doing as it wishes” had much greater influence within the party than their pro-environment colleagues.

So, one year on from his appointment to DEFRA, has Paterson startled critics with an unexpected display of pioneering environmental stewardship?

In short, the answer is an unequivocal no.

Goldsmith accused the DEFRA head of being a puppet of big business who has “swallowed the industry line hook, line and sinker without talking to anyone with a different view.” Expressing concern that “big business is framing the debate for the government,” Goldsmith claimed that Paterson fundamentally misunderstands the effects that GM crops could have on British ecosystems. Whilst it is undeniable that a global food crisis is looming, Paterson’s single-minded focus on the high yields produced by GM crops demonstrates an incomprehension of the delicate ecological balance on which an introduction of GM foods could have a chaotic effect.

This was further demonstrated by his opposition to an EU-wide ban on neonicotinoid pesticides: rather than taking a “better safe than sorry” approach to a chemical that appeared to be having a devastating effect on bee populations, Paterson placed short-term profit interests ahead of adherence to principles of environmental stewardship. His apparent disregard for the long-term health of our environment proves him a poor choice for the environmental ministry.

Although no longer a part of his department’s remit, Paterson’s approach to Britain’s energy supply is yet again one of short-term thinking, as demonstrated by his 2012 plan for growth. Before his appointment to DEFRA, Paterson praised the USA for taking full advantage of its fracking opportunities, and suggested that he considered energy to be simply another commodity available for economic exploitation when he labelled the UK’s shale gas reserves as “one unexpected and potentially huge windfall.” He has also opposed the expansion of Welsh wind farms because of the aesthetic effect that pylons would have in his constituency – clearly, Paterson is not a man for whom Britain’s long-term energy security is of primary concern.

In an economic climate as harsh as the one we are currently living through, the Chancellor of the Exchequer wields immense budgetary power. Unfortunately, Osborne has fundamentally misunderstood calls from the green lobby, stating that “we’re not going to save the planet by putting our country out of business.” Whilst Spelman understood that the economy will not be left undisturbed by climate change, the absence a strong green hand on the tiller at DEFRA has meant that proposed action on environmental concerns has consistently been labelled as “anti-growth”, and therefore prevented from being considered at the level of high politics.

However, it is far from true that Paterson has ushered in a new era of anti-environmental rhetoric to the environmental department. Born in 2001 from the ashes of the Ministry of Agriculture, Fisheries and Food (MAFF), which was often referred to as the “political wing of the National Farmer’s Union,” DEFRA’s main focus has always been agriculture and food production, not battling climate change.

In 2006, DEFRA launched the UK National Ecosystem Assessment which “provided… analysis of the UK’s natural environment in terms of the benefits it provides to… our continuing economic prosperity.” This was followed in 2011 by the White Paper entitled “The Natural Choice: Securing the Value of Nature,” which asserted that “the erosion of our natural environment is losing us benefits and generating costs.”

This ecologically modernist approach is hinged on the premise that the natural world should be protected simply so that it can continue providing resources that benefit us financially – the value of the environment is expressed purely in monetary terms, and its wider inherent value is ignored. This approach suggests that if environmental protection were to prove expensive, then it could reasonably be abandoned – hardly an encouraging theoretical bedrock for DEFRA to be built upon. Paterson’s anti-environment stance may not be a new phenomenon at DEFRA, but his appointment has certainly proved an inadequate response to the issue of climate change.

Whilst the British model of cabinet government does not require departmental heads to be experts in their relevant fields, it is nonetheless disappointing that a man so staunchly anti-green as Paterson has been handed the reins of power at the Department for the Environment. Whilst seasoned cynics may not be surprised that Cameron has underlined his failure to produce the “greenest government ever” by placing his trust in Paterson, it is undeniably irresponsible for a government facing an approaching environmental crisis to so wholeheartedly ignore environmental concerns. Paterson’s championing of business above all else has ensured that the department responsible for protecting our environment is failing in its primary objective – unfortunately, Paterson’s critics were right.