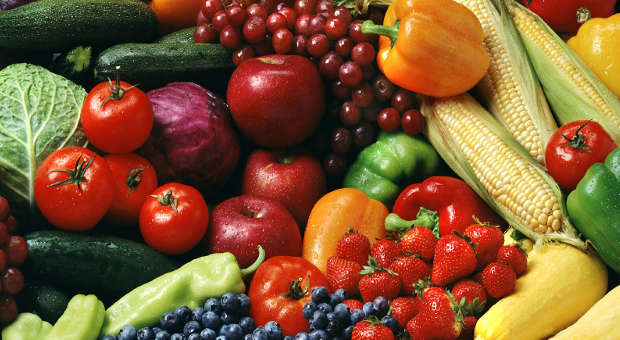 The most comprehensive study into the matter to date, a four-year, USD21/GBP12/EUR15m, EU-funded effort, has found that organic food is better than conventional food in a number of ways, containing as it does more of those healthy antioxidants and beneficial minerals like iron and zinc and less toxic metals and pesticides. Details of the study will be published in the esteemed British Journal of Nutrition.

Antioxidants have been shown to reduce the risk of chronic diseases including some cancers and all cardiovascular conditions – cancer and heart disease are the biggest killers in the United Kingdom. The amount of some antioxidants in organic food was “substantially higher” – from 19 to 69 percent. The only three metal contaminants for which the EU has set maximum permitted levels are cadmium, lead and mercury, and there’s nearly 50 percent less cadmium in organic crops. Levels of nitrogen are also significantly lower. Only a quarter as much pesticide residue is found in organic food as regular.

The team behind this study stated that organic food is better to the extent that it was equivalent to eating an extra one or two portions of fruit and vegetables a day, with five being the recommended number. This is the first study to find clear differences between organic and conventional food.

How organic food is better

The team was led by Carlo Leifert, professor of ecological agriculture at the University of Newcastle. It concluded that organic food is better to a “statistically significant, meaningful” degree. Leifert testified, “The organic versus non-organic debate has rumbled on for decades now, but the evidence from this study is overwhelming – that organic food is high in antioxidants and lower in toxic metals and pesticides.” He called the study “an important addition to the information currently available to consumers which until now has been confusing and in many cases is conflicting.”

Studies have differed over the matter. One, by the US Food Standards Agency (FSA) in 2009, found that there was “no good evidence that consumption of organic food is beneficial to health based on the nutrient content.” It was criticised for neglecting the impact of fertiliser and pesticide residue on food. Leifert, the leader of the latest research, deplored the study as “selective in the extreme.” It based its conclusion on a mere 46 publications, while the Newcastle University study used 343. Nyah. The FSA is reviewing the evidence and could reconsider its opinion.

Hidden away in an appendix to the FSA report was the admission that organic food is better because certain nutrients such as beta-carotene were as much as 53 percent more prevalent. This did not affect the report’s conclusions. Online, the mostly-sensible Skeptic’s Dictionary derides organic food as “food produced by organic farming, a set of techniques based on anti-scientific beliefs, myths, and superstition.”

One expert described the latest study as “sexed-up.” Tom Sanders, professor of nutrition at King’s College, London, acknowledged that organic and regular food were different, but added, “The question is are they within natural variation? And are they nutritionally relevant? I am not convinced.” 69 percent isn’t enough, oh no.