Germany has recently announced draft legislation opening doors to shale gas exploration and joined a group of countries that share a renewed interest in the new age of fossil fuel generation.

This is a strong warning to those relying on the ‘peak oil’ narrative to induce action needed to tackle climate change. The claim that we need renewables in order to replace ‘diminishing’ conventional resources can be easily contested by the current and future fossil fuel holders and therefore provides insufficient grounds for development of low carbon technologies.

Where do the gloomy predictions come from?

Despite growing evidence pointing to the abundance of fossil fuels, the narrative of ‘peak’ oil still persists.

Such forecasts of natural resource scarcity dates back to the 18th century when T. R. Malthus predicted inevitable food shortages for the rapidly growing population.

The same reasoning was applied later by a British economist W.S. Jevons (19th century) who argued that Britain is running out of coal needed to sustain its economic activities. More recently, the oil shocks (performed by OPEC) in the 1970’s reinforced the message ‘that we are running out of oil’.

Boeing to make jet fuel out of tobacco

Resource pessimists describe a future in which oil runs out and fossil fuel prices rise sharply. In a world of high and rising prices, they argue, there is an urgent need to invest in low carbon energy sources. This narrative has shaped the highly questionable cost assumptions that rising oil prices will make renewable and other low carbon technologies cost competitive without subsidies.

But is this really the case? 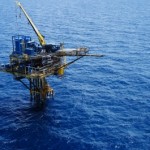 It has been evident with time that human creativity is capable of overcoming many of the concerns resource pessimists have had. There is growing evidence indicating the extension of fossil fuel era long into the future.

More abundant substitutes were found for various natural resources and the development of new technologies allowed the use of resources that were previously uneconomical.

To begin with, deep-water offshore drilling has already noticeably increased oil and gas supplies around the world despite of its infamous record of environmental hazards.

Moreover, there is more to come. It is estimated that only about 10 percent of the world’s deep-water oil and gas fields have been extensively explored and drilled.

In the last couple of years, vast amounts of natural gas have been found deep under Israel’s Mediterranean waters. Natural gas deliveries from the new fields are expected to start by April this year. Experts estimate that the subsea area that runs from Egypt all the way north to Turkey, also known as the Levantine Basin, contains more than 120 trillion cubic feet of natural gas.

Fossil fuels aren’t the only assets at risk of stranding

To continue, the coasts of East Africa, China, Indonesia, Malaysia, Australia and the Philippines also have significant deep-water potential while India’s deep-water prospects could provide much of its gas needs to fuel its growing economy.

The greatest potential for the future of oil and gas probably lies in shale and other tight rocks. In the US, shale gas already accounts for 16 percent of natural gas production and some analysts predict that could rise to 50 percent within 20 years.

Too much, not too little

Therefore, in contrast to resource pessimists claims, fossil fuel prices might well stay low in the nearest future. With cheap fossil fuels, the relative prices of low carbon technologies are likely to rise. Instead of renewables becoming cost competitive in their own as the oil price rises, they could remain out of the market for years. This in turn will create serious challenges to finding solutions to climate change and the development of renewable energy.

It is not because we are running of resource inputs to sustain our standard of living that we need a transition to low carbon society. It is because we have been living off our natural capital endowment, which is in now under big threat to be exhausted.

Recognising this would offer much stronger and real grounds in support of action on climate change rather than relying on speculations on the end of fossil fuel era.