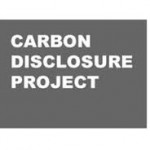 CDP and PriceWaterhouseCoopers have released the annual Global 500 Climate Change Report examining the emissions data of the 500 largest listed companies in the world. Here are some of the key insights and implications for big business.

The CDP report was carried out at the request of 722 institutional investors with $87 trillion in assets under management. These investors are rightly concerned by the triple threat of physical, regulatory and reputational impacts posed by climate change which could cause material damage to their portfolios.

The report should make interesting reading for them!

The most headline-worthy statistic states that 50 out of the 500 largest listed companies in the world are responsible for nearly 75% of the whole group’s greenhouse gas emissions. And unfortunately, these major polluters are not improving their scores; their emissions have instead risen by 1.65% since 2009.

The energy sector alone has seen an increase of 53% in emissions from its 10 biggest polluters, with 24% of the sector not have reduction targets in place at all.

But leaving aside neat statistics, the major problem highlighted by the report is the omission of Scope 3 emissions from company calculations, potentially leading to massive underestimations of their carbon footprints. It identifies a patchy approach to Scope 3 reporting, with only 53% of these emissions quantified by companies and nearly half entirely unaccounted for.

Most companies now disclose Scope 1 and 2 emissions; that is, all direct emissions and indirect ones from consumption of purchased electricity, heat or steam. But Scope 3 emissions, which are indirect and linked supply chain or product use, are equally vital if we are to properly quantify emissions and set appropriate reduction targets. We can’t hope to limit climate damage unless we are accurately measuring our contribution to global warming.

The omission of Scope 3 has implications far broader than for the individual company; it can skew understandings of the greenness of entire industries. For example, a car manufacturer may have lower emissions than a train manufacturer, because the former will not being including the product use emissions (Scope 3) which are far higher for cars than for trains. Unfortunately, the incoming UK regulations mandating emissions reporting by major listed companies further ingrain the problem by only requiring Scopes 1 and 2 to be reported.

The 722 institutional investors who asked for this analysis need to put its findings to use. As major shareholders in these companies, they have the power to demand new strategies, robust reduction targets and Scope 3 disclosure. They need to use that power to ensure that companies like Apple and Amazon, who refused to respond to this year’s survey, participate in full next year. And those 50 highest emitting companies must be told unequivocally by their shareholder owners that business as usual cannot continue.

The additional finding that companies offering financial incentives to employees (particularly at board-level) for emissions reductions are more successful at meeting targets should also be acted upon. For these major companies, whose complex remuneration strategies already involve multiple performance indicators, including a measure relating to emissions should be relatively straightforward.

If investors act, instead of letting this report gather dust, we might be a step closer to the low carbon future we need.