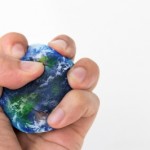 There is an on-going and heated debate as to whether the current trends in climate are due to natural climate change or are being driven by anthropogenic impacts.  This is a moot argument and, in fact, it distracts attention from the real issue of what should be done about mitigating the inevitable impacts that will undoubtedly arise from climate change – ‘naturally-derived’ or otherwise.

Climate sceptics that use the Earth’s historic changeability as a means to discredit the data being produced by Intergovernmental Panel on Climate Change (IPCC)-associated scientists are not using a logical argument.  Firstly, by promoting this idea of ‘natural’ climate change, they are admitting that climate change is occurring and that the current trend in increasing global temperatures is a fact.  Secondly, whether current temperature trends are due to natural events or human behaviour (or a combination of both) is not important – what is important is that this increase in global temperatures and its associated climatic perturbations will have an impact on countless human societies worldwide.  So, no matter if it is inundation of low-lying islands in the Indian Ocean or increased drought in sub-Saharan Africa or any of the other possible outcomes, climate change will cause deaths, damage livelihoods and result in human suffering.  To think that ‘natural’ climate change will be any less damaging or more benign is delusional.

Hoping that ‘natural’ climate change will revert at some future stage to a more amenable setting is also illogical; the ice ages and their inter-glacial warming periods varied from thousands to tens of thousands of years.  We can ill-afford to wait hundreds of generations for the Earth to become more hospitable – significant and irreparable damage is already likely to have been done while we wait.  Arguing that we should do nothing in the face of what climate sceptics view as a ‘natural’ phenomenon is akin to saying that we should not build a shelter to protect ourselves from a storm.  Similarly, using the ‘natural’ climate change argument as a means to impede decision-making processes that are endeavouring to find ways of limiting its impact is morally wrong.

Admittedly, knowing the driving force behind climate change can contribute to discussions on how to tackle it.  However, mitigation strategies do not have to be based on the root cause.  If restricting greenhouse gas production can help to limit increasing temperatures (and it is widely accepted that global temperatures are increasing), then it does not matter whether the increased temperature is driven by natural and/or human forces because the strategy is likely to have an effect in either case.

The ‘natural’ climate change argument would only be valid if we were looking to prevent climate change and, in that respect, the prospect of success would not be good no matter what the root cause.  Since it is already clear that we are in a cycle of global warming, prevention is no longer an option – we have argued too long and realised too late what has been happening.  Attention should now be focussed on the best ways to off-set the likely outcomes of increased global temperatures.

WHY climate change is occurring should now only be a secondary concern to HOW its effects can be mitigated.  The ‘natural’ climate change argument of climate sceptics should be viewed for what it is – a strategy by vested interests to distract government policy-makers from making far-reaching and likely economically-punitive decisions that would negatively impact the wealth-creating ability of certain corporate segments of society.