Methane Emissions Are Even Higher Than Thought 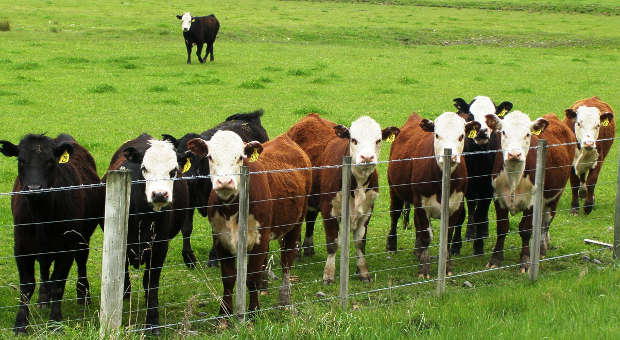 Satellite data from 2004 has demonstrated that in that year, there were more methane emissions from US cattle than the oil and gas industries put together. In an article published in the Journal of Geophysical Research Atmospheres, researchers from the California Institute of Technology, Harvard University and the University of California declared that emissions were higher than had been reported by the US Environmental Protection Agency (EPA). The study’s data originated from direct measurement, while the EPA’s figures were extrapolated from national energy data.

No, it didn’t come from farting

Methane contributes to global warming 30 times more than carbon dioxide, so governments seek to monitor how much is being churned out at the hands of humankind. Errors in measurement may have profound implications upon our understanding of climate and the resultant energy policies. The European Space Agency’s ENVISAT satellite features a sensor called the SCanning Imaging Absorption SpectroMeter for Atmospheric ChartographY (SCIAMACHY – which is fighting with shadows), In 2004, it measured methane emissions around the planet. Data from aeroplanes was also studied. It was discovered that 13m tons of methane were emitted by livestock in 2004, compared to seven million tons from the oil and gas industries. The EPA estimated livestock to be responsible for only 9.7m tons. Only one percent of the methane from cattle is from farting, with the remainder caused by belching. Human activity caused the emission of 33 million tons of methane.

Data from after 2004 were unavailable because first SCIAMACHY and then the entire satellite went offline, although it’s still up there. It’s planned that methane emissions will be monitored by a new satellite, the Sentinel-5 Precursor, which will be launched in 2015. This carries the Tropospheric Ozone Monitoring Instrument and will cost about USD61/GBP36/EUR45 million. Kevin Wecht of Harvard University elucidated, “We need to know where it is coming from in order to design effective emissions control policies.”

And South America is even worse

Methane is a key element in the environmental damage wrought by industry. A UN-backed report, Natural Capital at Risk – The Top 100 Externalities of Business, stated that cattle ranching in South America caused USD353/GBP206/EUR259 of environmental damage. This made it the second most damaging business in environmental terms, trumped by coal-fired power generation in Asia, with China at the forefront, which caused USD443/GBP258/EUR325 of trouble.