Melissa Bachman and her lion hunt 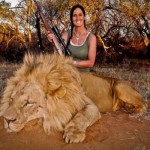 A few days ago, an American huntress called Melissa Bachman got a lot of attention for publishing a picture on her Facebook and Twitter pages.

In the picture, Ms. Bachman stands on top of a dead male lion, with a proud smile on her face and a rifle in her hand. The caption says “An incredible day hunting in South Africa! Stalked inside 60-yards on this beautiful male lion…what a hunt!”.

The picture went viral, and Ms. Bachman found herself being the target of verbal attacks, insults and death wishes. A petition to stop her for entering South Africa again has been created.

Oh dear, hunting is never an easy topic to discuss. Let’s give this a try.

First of all, let’s make something clear – what Melissa Bachman did is perfectly legal. You can criticise her morals, her good taste, and call her as many names as you like. But she killed that animal – and many others, according to the numerous photos on her webpage – legally.

Maroi Conservancy, which organized her hunting safari, addressed the issue on their Facebook page and explained that all permits and documentation were in place. As there’s no lion on site, Maroi Conservancy facilitated Ms. Bachman’s transportation to another estate, where she took the infamous picture.

Maroi Conservancy’s motto is “conservation through sustainable hunting”; they state that all meat from animals hunted is distributed to the local community, and funds are used for conservation purposes, such as fencing to protect the animals and anti-poaching measures.

It sounds quite reasonable, really. So what’s the big deal? 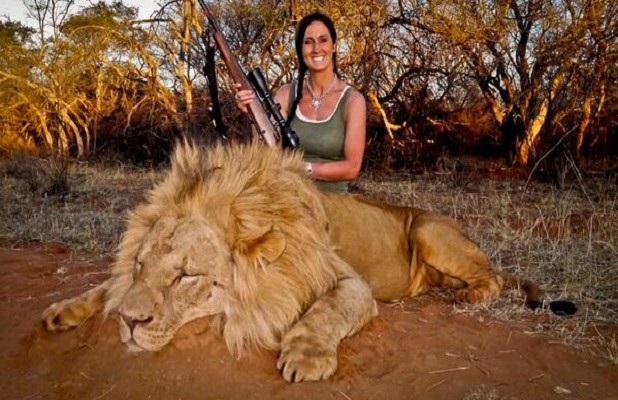 I personally think hunting is perfectly acceptable. When you use the animal for food, and the species you’re hunting is not threatened.

Lions are listed as Vulnerable by the International Union for the Conservation of Nature (IUCN). And… Ms. Bachman looks lovely, fit and well-fed. And well, she did pay a lot of money to go to South Africa. I am going to go out on a limb here and say she didn’t kill that lion to feed herself or her family.

But the Conservancy and, well, every hunter on the planet say that they’re doing it to save the animals!

Oh, please. This is where I lose my nerve. Let’s not even discuss the inherent ridiculousness of the sentence.

“We’re getting tons of money so that hunters can kill our animals, but we’re just doing it to save these animals!”.

Yes, some of the money from permits and licences is used for conservation initiatives, such as maintaining protected areas and pay for rangers’ wages. Because of this, every time a hunter feels that the ethics of their hunting are been questioned, this is what they answer.

We care for the environment more than you do. We are conservationists.

And my personal favourite.

We’re controlling the population numbers, so that the animals can be healthier.

That is a perfectly valid argument, in Europe and America. We got rid of our predators – although they’re slowly coming back, thank goodness – and our herbivore populations are too big. Deer, for instance, are considered a pest in many countries and need to be controlled. Hunters do a great service to the species, by controlling their numbers.

This is not an acceptable argument when you’re hunting a threatened species, especially a top predator. Reports made clear that the lion populations in South Africa are collapsing because of foreign hunters paying big money to have a new trophy. This money fuels the hunting economy in South Africa and a number of estates depend on it. The fact that hunting the big five (lion, leopard, elephant, buffalo and rhino) is allowed has nothing to do with their conservation status. If you want to help out conservation, you go on a photographic safari, you volunteer with an NGO, you advocate with the government.

You don’t go around killing lions because you’re a conservationist. You do it because you want to kill an animal, for whatever twisted reason. You’re not fooling anyone.