LED Lights: What Does LED Stand For? 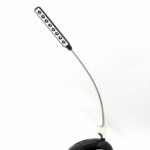 Nowadays you can’t have a discussion about energy efficient lights without mentioning LED’s. However, most people don’t know what LED’s are and what “LED” stands for.

In short, the term LED stands for light-emitting diode.

LEDs are composed of a semiconductor light source. Initially developed in the 1960s, LED’s were first used as low-intensity red lights – for example as traffic lights. As the technology has developed, LEDs can now be found across the visible, ultraviolet and infrared wavelengths, which means that the applications for LEDs have expanded considerably. Now they are being used in light bars, light bulbs, and many more real-world applications.

The benefit of LED’s compared to incandescent lights is that they have lower energy consumption and last longer.

The technology is however still relatively expensive compared to traditional lighting and is therefore not used as widely.

Analysts agree that as the technology develops and reaches scale the price will come down and become much more sort after.