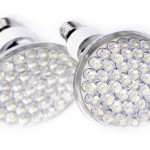 One way for businesses to become more sustainable is to switch their regular bulbs to LED lights. Following in the spirit of his previous posts, Charles El-Zeind sets out the benefits of LED lights.

LEDs consist of small capsules or lenses in which tiny chips are placed on heat-conducting material. Historically, LEDs have been used in a limited capacity as their cost and light output have been inferior to regular lights.

However, LED technology has advanced rapidly over the past decade. Nowadays, LED lights are of a quality and cost that makes them an attractive alternative to traditional lights.

Here are the main benefits…

Lifespan and maintenance costs: Compared to incandescent bulbs, whose lifespan is approx. 1,000 hours, LEDs have a lifespan of 100,000 hours (more than 11 years). Of course, this number can be misleading. Like other light sources, the performance of LEDs are subject to operating currents and temperature. Nevertheless, due to their long lifespan, maintenance costs are reduced significantly, resulting in considerable savings.

Efficiency and size: Each LED measures from 3 to 8 mm and can be installed as single units or as part of an array. White LEDs with efficacies of 25 lm/W are commercially available and exceed the performance of incandescent and some fluorescent sources. Furthermore, since LEDs give off light in a specific direction, luminaries with higher overall efficiency can be designed. This results in less energy wasted compared with other light sources which often emit light in all directions.

Low power consumption: The low power consumption of LEDs can lead to significant energy savings. LEDs that are Energy Star qualified can produce stale light output over their estimated lifespan. They also light up instantly, do not flicker when dimmed, and they do not consume any power when turned off.

Lower temperatures: Conventional light bulbs are known to produce a lot of heat. In fact, most of their energy is wasted as heat; up to 90%. LEDs, on the other hand, produce little heat. Hence, LEDs can be positioned in places where the heat emitted by light sources could cause a particular problem (e.g. in carefully temperature controlled environments).

Environmental: LEDs do not contain mercury. Nonetheless, LEDs do contain some toxic components like lead, arsenic, copper and others. Steps are also being taken to replace lead-containing solders with lead-free material, under European directives.

Cost: The cost for installing LEDs can be the only disadvantage particularly if calculated under the metric system of ‘pounds-per-lumen’. Yet, if full lifetime costs are considered it is quite reasonable to conclude that LEDs in fact result in cost savings. Moreover, as LEDs start to reach scale the price per unit will start to drop. Making the investment now will likely payoff in the future!

Very useful. I have hard time convincing my colleagues to replace the fluorecent lamps in the office with LED lamps. Despite my calculation that shows cost savings, their concerns are about impact on eye sight. We finally decided to replace those lamps along the corridor to start with.

I am as passionate about saving the plannet as you and many others. your article is very good, and could be even better if sources are quoted to persuade the skeptics.