In China, an area as large as Belgium is too polluted to be farmed

The economy of China has grown by around 10 percent a year for the last three decades. The cost grows ever more apparent. Beyond the likes of Beijing’s airpocalypse that have deterred tourists, led to ex-patriates demanding danger money and virtually closed cities, rural areas have not been unaffected. The country’s government has revealed that following breakneck economic growth, eight million acres – two percent of China’s arable land, an area as large as Belgium – is too polluted to be farmed. The information was disclosed by Wang Shiyuan, the Vice Minister of Land and Resources, at a press conference in Beijing and posted to a government website.

China has to feed 22 percent of the world’s population using a mere seven percent of the world’s land. In February, 2013, Wang’s ministry declined to release the results of a $1bn survey of soil pollution on the grounds that it was a “state secret.” But in May of the same year, China’s most heavily-populated region of Guangdong did disclose that there were excessive levels of cadmium, which is toxic, in over 40 percent of the rice sold in its capital city of Guangzhou. At high levels, cadmium causes organ failure and cancer and weakens bones. Wang indicated that if land were polluted to a medium-to-heavy degree, it should be taken to be too polluted to be farmed. 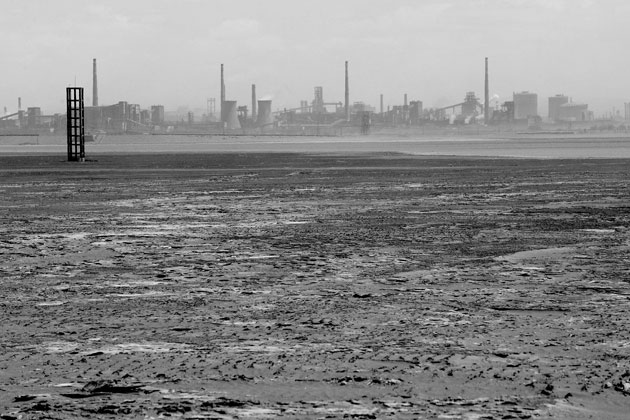 China’s agricultural sector is massive and massively-dependent on artificial inputs such as fertiliser. A report by Greenpeace in 2010 stated that China consumed 35 percent of the world’s nitrogen fertiliser. Sze Pangcheung, Greenpeace’s campaign director, labelled agricultural pollution as “one of China’s gravest environmental crises.” Research led by Wen Tiejun, dean of Renmin University’s school of agriculture and rural development, suggested that Chinese farmers use nearly twice as much fertiliser as they needed. A two-year government survey involving 570,000 people found that farmers’ fields produced more water contamination than factories. Xu Shaoshi, the head of China’s leading economic planning agency, described environmental degradation as a challenge to economic growth.

Because of China’s need to generate as much food and other resources from its land as possible, thousands of farms are near mines, chemical plants and other heavy industries. Locals attribute spates of cancer deaths to industry, which has been proven elsewhere: in July, 2013, the Centre for Disease Control and Pollution published the findings of a study that found a direct connection between pollution of the Huai River, which traverses a number of provinces, and high rates of cancer in people living nearby.

A government survey found traces of toxic metals that had been present for at least one century and pesticides banned in the 1950s in soil. Government researchers are on record as saying that up to 70 percent of the soil in China could have problems. Land too polluted to be farmed was most prevalent in Hunan province, northeastern China, the Pearl River Delta and the Yangtse River Delta.

China has a “red line” dictating that a minimum of 295 million acres of land is set aside for agriculture, so land that is too polluted to be farmed is a major no-no. Wang announced that “tens of billions of yuan” (USD/GDP/EUR lots) will be spent to repair land contaminated by heavy metals and restore depleted ground aquifers. In January, 2013, China’s cabinet, the State Council, announced that systems to thoroughly monitor soil pollution would be established by 2015. Recent research showed that there exist plants that can clean soil by absorbing poisons.

Tim, give me a date you posted this so I can cite it in a paper