Land Art: Great Works Of Art In The Great Outdoors 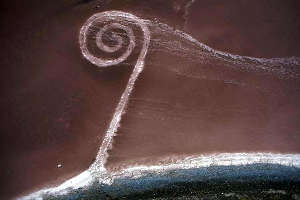 Land art. Doesn’t sound too intriguing, does it? Two monosyllabic words put side by side; we all know what land is and we all know what art could be. Perhaps that’s what makes us dismiss it – it sounds quite pretentious and fanciful.

But actually, it’s quite interesting, and if you ask me, one of the most beautiful forms of art.

As you may have guessed, land art is literally making art in nature, within a landscape, mainly utilising natural materials found at the site and often without the use of machinery. As expected, this leads to the production of artwork proportional to the size of the chosen landscape, such as the impressive piece ‘Desert Breath’ in the Sahara in Egypt, which covers an expanse of roughly 100,000km squared. Although works stand out visually, a key objective of land art is for works to be in harmony with the environment, left to degrade naturally with little or no maintenance at all after creation. 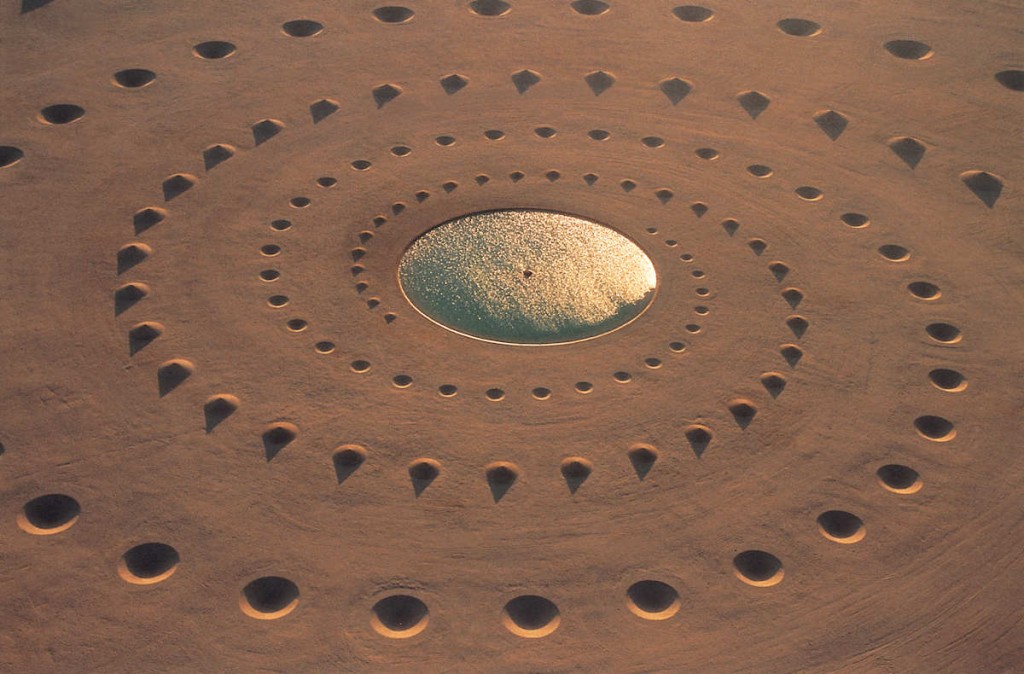 The land art movement started in the USA in the late 1960s as a means of rejecting the commercialization of art, as well as questioning the perception of purpose-designed indoor spaces, i.e. museums and galleries, as sites of art. The first exhibitions were held in New York, ironically at the Dwan Gallery and Andrew Dickson White Museum of Art, respectively titled Earth Works and Earth Art. The term ‘land art’ was coined later on by Robert Smithson, creator of Spiral Jetty, probably the most famous work of land art, located in the Great Salt Lake in Northern Utah. Today the label is used rather loosely by artists engaging in public art installations which do not necessarily follow the concept of harmony with the landscape; however, this has perhaps helped land art gradually find its way across the globe and establish itself in a variety of situations.

The role of art in sustainability:

Besides obvious aesthetic value, there have been recent attempts to harness the functional value of land art, for example with the Land Art Generator Initiative, introduced in 2009. Through this initiative, professionals from a variety of disciplines, ranging from architecture to environmental engineering, are called to combine sustainable design and renewable energy infrastructure. Annual competitions are held, based on a given site, with the objective of designing and creating a public art installation which generates clean energy, directly transmittable to a grid connection. Such public installations will not only serve to beautify a city and provide electricity, but educate and inform through their very nature as exhibits. This year’s competition is being held in Copenhagen, European Green Capital of 2014, which aims to achieve carbon neutral status by 2025.

Current affairs and events can also drive the creation of land art, as is the case in Yorkshire in preparation for the grand cycling tour arriving there this summer. The artwork additionally forms part of the Fields of Vision Project and the topography is described rather poetically by the curator, Geoff Wood, as both the canvas and the gallery. A 65-mile stretch of land is being transformed with the creation of 12 installations, some emphasizing the character of the area, such as ‘One Man and His Dog’, and others more simply highlighting the natural beauty of the landscape. Set vantage points for appreciation of the work will be set as well as documenting it on the web. As with many works of land art, digital records can prove very important not only for those who wish to view it from somewhere else in the world, but also for future reference, as the works tend to be ephemeral, left to degrade naturally as they are exposed to the elements.

A look at Andy Goldsworthy and symbolism in land art

Although we’ve probably all had a dabble at our own land art of sorts, be it doodling in the sand with a stick or making footprints along a beach, the real thing is quite impressive. The first land artist I was introduced to was British Andy Goldsworthy (land art books make excellent gifts for physical geography tutors, by the way), and the first piece of land art I saw close up was Stone River. A pretty simple serpentine arrangement of rocks at first sight, this creation actually holds deeper connections with its location, being made of sandstone from the Stanford University buildings that were destroyed during the 1906 and 1989 earthquakes. Its symbolism extends further, and as with many works of land art, represents a cycle or flow (i.e. ‘river’), in this case quarried rocks being placed in the ground again. Land art retains sustainability and harmony with nature as its central tenet, and through the creation of works, may inspire the integration of this concept within infrastructure and development to a greater degree. 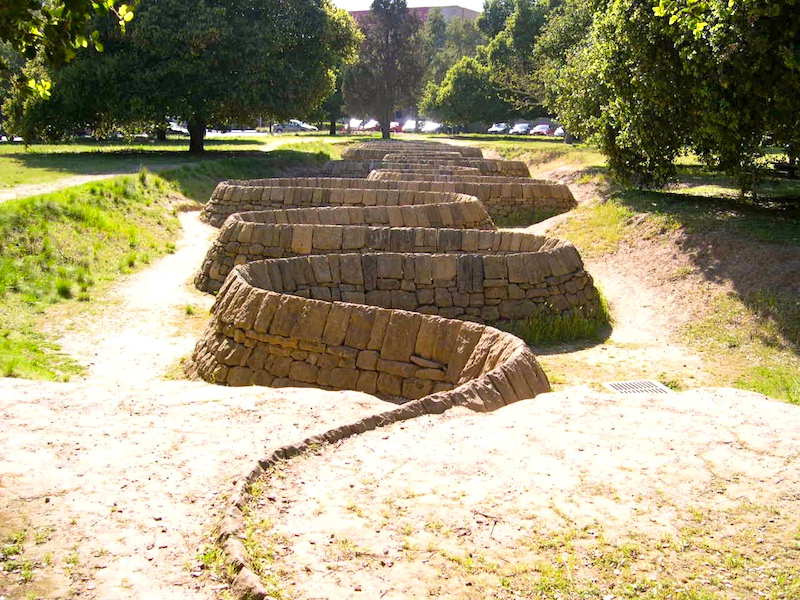 So, as you look for inspiration to turn your house, business or lifestyle slightly greener, here is more artwork to please the senses and resources if land art tickles your fancy:

Colossal: a blog exploring the arts and visual culture
Martin Hill: British artist and photographer who creates works reflecting cycles of nature
Tony Plant: British artist who sweeps patterns into sandy beaches using a garden rake. Making use of the intertidal zone as a canvas, each piece of artwork lasts less than a day. His is featured at work in a videoclip:
Michael Grab: Canadian artist who balances rocks, using only gravity

For more on sustainable art in general, take a look at literature and work by Maja and Reuben Fowkes.