Boeing to make jet fuel out of tobacco 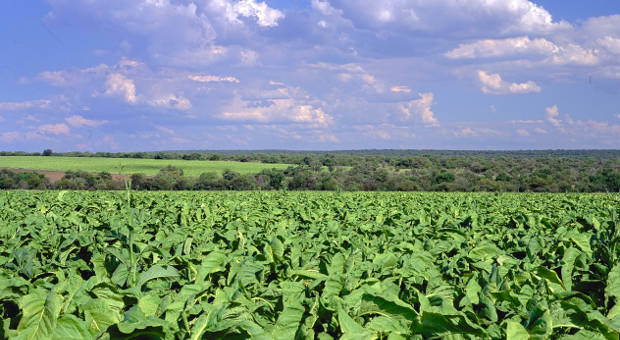 Tobacco will make smoke in a healthier way than usual now that Boeing is collaborating with South African Airways to make jet fuel out of tobacco. This plant, termed solaris, is nicotine-free. Test farming has commenced in South Africa and production is expected to begin in October 2015.

At first, Boeing will make jet fuel out of tobacco by using the oil of the plant’s seeds, but the company hopes that as technology improves, the rest of the plant will also be used. This will reduce carbon emissions in what is the most advanced economy in Africa and also bolster rural areas economically. Production will be undertaken by the Dutch alternative jet fuel maker, SkyNRG.

It will be highly welcome to make jet fuel from tobacco in those regions where tobacco is cultivated: Africa, Asia, southern and central Europe, Latin America and Oceania. For biofuel to be economical, it should be locally-grown to reduce transportation costs – in terms of both money and carbon.

This venture has overcome concern that biofuels would damage South African food security and affect food prices, because biofuels compete for land and water. The tobacco will be grown on farms with small plots of land and South Africa intends to reduce smoking.

More than 1,500 biofuel-powered flights have been conducted by airlines since the fuel was approved in 2011. The first was from Amsterdam to Paris by the Dutch airline, KLM, using a 50/50 mix of traditional and biofuel on a Boeing 737-800. Boeing is performing research in the Middle East into the manufacture of biofuel from desert plants fed by seawater.

Presently, airlines represent around two percent of man-made carbon dioxide emissions. The International Air Transport Association, representing more than 240 carriers, estimated that biofuels could reduce the carbon footprint of the industry by 80 percent. Fuel is the principal expense of airlines – 33 percent of the total. Boeing’s airliners have become steadily more fuel-efficient. If companies were to make jet fuel out of tobacco, this could worsen the situation, as biofuels are more expensive than traditional jet fuel. Boeing is the leading developer of sustainable aviation fuel. Boeing spokeswoman, Jessica Kowal, argued that “The way that you reduce cost is you expand supply.”