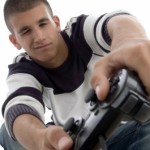 In this post, guest blogger Charles El-Zheid looks at the defining characteristics of video games which may hold the key to unlocking a better and more sustainable world.

The article builds on research from Jane McGonigal’s study of computer games. McGonigal studied the unique characteristics of games and how they can be applied to the real world.

A interesting read. So without further adieu, enter Charles El-Zheid.

A book came to my notice a few months back. Written by Jane McGonigal, the book’s title is Reality is Broken: Why Games Make Us Better and How They Can Change the World

. In the book, McGonigal tries to explain why so many people spend so much time playing video games. She analyses the qualities and characteristics of video games, and suggests that these unique characteristics can be applied in ‘real’ life.

Her idea is that, if the ‘real’ world had some of the perks video games have, people would be more willing to perform their duties, emotionally activated, and be able to collaborate with each other more effectively. According to McGonigal, the four basic traits of a game are:

McGonigal goes on to argue that these traits can lead to beneficial outcomes if replicated in the real world. For example:

A different theory which has similar learnings to McGonigal is discussed in an RSA video. In this video, which is based on Dan Pink’s TED talk, three factors are identified that lead to ‘better performance and personal satisfaction’:

Both theories seem to have some common ground and lessons for society. Each suggests that people desire to be creative, masters of their skills, and free to act on their creativity. I believe we can apply these theories not only to the workplace but society at large to create better, more sustainable future.

Reality is Broken: Why Games Make Us Better and How They Can Change the World