Is Fracking An Issue Of Social Justice? 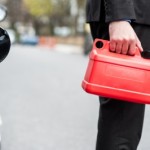 During a debate on BBC Radio 4’s “Any Questions?”, Baroness Julia Neuberger suggested that energy prices should be increased in a bid to tackle high demand.

Neuberger’s former fellow party member Ed Davey has also taken a demand-side approach in his Energy Bill – however, his is one of carrot, and not of stick. Currently in the Committee stage in the House of Lords, the Energy Bill outlines plans for the government to pay firms for each kilowatt-hour of electricity saved by adopting energy-saving policies and measures.

It is clear from the Energy Bill, and from the recently announced tax breaks for fracking companies, that when it comes to energy policy, the government is not on the side of its citizens, but in the pockets of business. Whilst the electorate has the chance to hold their government to account once every few years, energy companies are lobbying every day, and their enormous economic power means that the government must plead companies to reduce energy consumption with promises of financial rewards. Conversely, Neuberger suggests that domestic consumption can be tackled through simply hiking prices.

As with all government policy, the debated issue cannot be disentangled from is fracking an issue of social justice?

According to the Annual Report on Fuel Poverty, 2011 saw 17% of all English households experiencing fuel poverty (“a household is said to be fuel poor if it needs to spend more than 10 per cent of its income on fuel to maintain an adequate level of warmth”). Although this fell by 250,000 households (approximately 8%) from 2010 figures, a policy along the lines of Neuberger’s suggestion could not fail to see this figure increase dramatically.

However, according to a study undertaken at the University of Cambridge, domestic energy use only accounts for 28% of UK energy consumption. Clearly, restricting individual citizen’s access to affordable power is not the answer to the energy crisis.

However, the supply-side approach that has dictated tax breaks for fracking companies does not seem to offer a promising solution either. The economic climate has produced a government terrified of capital flight, and the policy is going ahead despite Cuadrilla, the company in receipt of these tax breaks, admitting that it will not result in cheaper energy bills. Domestic consumers are being punished by ever-rising fuel prices, whilst the fossil fuel industry is being granted carte blanche to press ahead with environmentally irresponsible practices.

The government’s mantra of constant economic growth has prevented them from being able to prioritise social justice over corporate demands. Their democratic credentials have been severely compromised by such pandering to big business, and Cameron’s “greenest ever government” has yet again proved to be a misnomer. Fracking tax breaks may be a short term solution to the energy crisis in purely economic terms, but in terms of environmentalism and social justice, it is an irresponsible, short sighted policy.