The Last IPCC Report On Climate Change: No Panic? 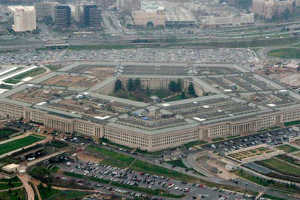 Late March 2014, a report has been released following the meeting of the Intergovernmental Panel on Climate Change (IPCC) in Japan. Tackling climate change effects is still possible but without some efforts it would be more difficult than ever.

We are used to hearing that climate change is happening. Stakeholders repeat that we must do a U-Turn and adapt ourselves. We are also used to having concrete evidence from Mother Nature herself but fear and boredom seem to postpone a real international commitment. Ignorance is also a problem: Rick Santorum, former Republican front-runner of 2012 USA Presidential Election, said that climate change is “just an excuse for more government control of your life” and “junk science”.

And yet, the last IPPC’s report and the forthcoming results will turn climate change skepticism into an old-fashioned (and even weird) paradigm. IPCC has underlined, indeed, the fact that mankind faces a “man-made climate change”.

This document, like the other IPCC’s reports, describes what could be called “environmental effects of climate change”: ice sheet shrinking, shifts in ecosystems patterns and recent natural disasters – floods, hurricanes or wildfires – are some effects considered with a high level of confidence. However, adaptation and mitigation are the main subjects of this report: climate change is, indeed, a human development/human security/human rights challenge. Solving these ongoing issues is complicated by climate change. Even though the authors are very cautious regarding the potential economic, social and geopolitical reverse effects of global warming, it appears to be a grave concern.

A 4°C global temperature rise or more and increasing food demand may cause food security problems at a regional level or even global level. The consequences are qualified with “medium confidence” (more data should be necessary to draw a conclusion with high level of confidence). However, History allows us to say that food security problems could lead to price inflation (World War 2 period), under-nutrition…and hunger riots such as 2008 events. One knows that coping with riots is often linked to instability and human rights are potentially endangered by tough law and order measures. The report also says that forms of inter-group violence and even civil war could occur (medium level of confidence) because of “poverty or economic shocks”.

So, should we panic? Yes and no.

We are playing with a ticking-bomb so yes, panic on Earth! We are far away from the access of basic needs for all and seriously behind schedule – everybody knows there is a little likelihood that the MDG’s will be achieved by 2015 (!). Improving economic and social conditions, as part of sustainability objectives, is intertwined with the protection of the environment. And yet, there is hope: the report stress on stakeholders’ action as a key mean to reduce the adverse effects of climate change. London’s Bed Zed and specific funds in USA are quoted as successful top-down/governmental actions.

Bottom-up approaches, such as the Homeless People’s Federation of the Philippines, also play a role. Specifics vary from a region to another – for example, Pacific Islands’ challenges are different from North Africa – but governments have responsibilities concerning international prevention; governments’ duties are also to adapt their policies to their respective populations’ particularities and needs. We can add that education, training and sound planning regarding climate change should be supported by all stakeholders, including private sector, to have the best impacts on communities.

IPCC will release its final report late 2014 but we have already an indication of what mankind should do: action, action and action.

About the Author Marina Pambou