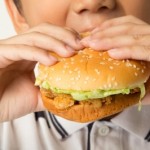 2013 may be remembered as the year that the general public was introduced to the food security debate.

This year has seen some highly-publicised developments which may offer an indication of the future of nutrition.

Solutions are needed to combat the problems of growing world population, burgeoning middle-classes in developing nations increasing demand for meat, and the diminishing supply of readily available phosphorous for fertilisers.

Headline-grabbers include the unnervingly-named Soylent, a cocktail of nutrients devised by a US software engineer, Rob Rhinehart, who decided he was bored of eating three meals a day.

Thanet Earth, a sprawling greenhouse operation in Kent, was dubbed ‘the farm of the future by the Daily Telegraph. It optimises crop performance by supplying light, food and water on a massive scale, eliminates seasonality of veg and already supplies most premium-brand tomatoes to UK supermarkets.

The most controversial, however, has been in vitro meat (IVM) – meat grown in laboratories from foetal calf serum, and has never been technically ‘alive’.

These innovations may seem like instant solutions to some pressing nutritional problems. In vitro meat in particular has been lauded as a way to keep meat on our tables.

But how far can it really help us achieve food security, locally and globally?

In Vitro Meat – The arguments for and against

In vitro meat has sparked ferocious public and scientific debate. It threatens to subvert the traditional distinctions between meat and non-meat products, since it isn’t from a live animal. Vegetarians are understandably squeamish, but if no animals are harmed in the process then some may be tempted to tuck in.

There also seems to be a considerable ‘ick’ factor on the part of the public who are sceptical about ‘artificial food’.

From one perspective, this aversion looks illogical. Growing meat matter that has never been alive is surely not qualitatively much different to growing fungal foodstuffs like Quorn in industrial fermenters. The recent scandal of supermarkets slipping horse meat into their burgers also suggests we aren’t too fussy about what goes into our burgers.

As the demand for meat increases, perhaps these negative perceptions can be overcome and we can save land, water and food with lab-meat trickery?

Cassandra Brooks of Stanford University estimates that around 66% of agricultural land is used to grow animal feed, compared to the 8% which provides food that we directly consume. If more land was freed up for vegetable crops, we could go a long way to easing some of the pressure on our food supply systems.

Issues such as water use, carbon-intensive production practices, nutrient depletion and methane gases produced by cattle also weigh heavily on the debate. Demand for meat continues to rise. It would be churlish not to consider any alternative in these circumstances, and while it is a long way from market readiness (the famous lab-grown hamburger made this year cost over $300,000 to make), IVM is not likely to go away.

However, in vitor meat alone is not a sufficient solution.

Jasmijn de Boo of the Vegan Society points out in the Huffington Post that the public has a responsibility to change its collective lifestyle, eating less meat or even becoming vegan. Sacrifices will need to be made, and consumers should send messages to corporations and supermarkets that they do not want to continue consuming environmentally detrimental meat. Meat should simply not be considered a dietary necessity – at most, a luxury.

We are capable of adapting our tastes and diets to changing environmental needs, and should take the initiative in doing so – not waiting for market conditions to provide a solution.

In vitro meat also does not address other systematic issues such as sustainable crop production and food wastage. As phosphorous supplies diminish and chemical fertilisers continue to damage ecosystems, we should also be looking towards new ways to keep our fields green and bountiful.

The Soil Association believes that the solution is to push for organic farming and educate the public on where their food comes from – including how to grow it themselves. In a 2010 report, ‘Telling Porkies’, the organisation argues that the adoption of more modest diets which incorporate less meat and more organic produce is the key to humanely feeding a population of 9 billion by the year 2050.

In vitro meat and genetically modified crops may encourage more irresponsible food consumption and hamper our ability to become less reliant on meat.

The UK’s Food Security champion, Prof. Tim Benton, says tackling the problem of food waste is a crucial factor. Even if IVM does help us to produce more food, extra production is likely to simply reduce in extra waste unless we reduce our demand for food.

Over 40% of food is wasted worldwide, and reducing this figure would reduce demand. This would help us to move towards less intensive, more sustainable methods of production – as well as feeding a great deal more people. IVM may help to plug gaps in meat supply and free up some arable farmland, but is not a cure-all for the ills of global food production.

Nonetheless, there is no reason to despair. There will not be one magic bullet for food security, but a patchwork of solutions, local and global.

In vitro meat, Soylent and super-greenhouses may be to food security what nuclear power is energy: far from ideal, but transitional approaches which enable us to manage high demand while we ‘power down’ to more sustainable ways of living. Consumer demand will probably mean that IVM becomes a part of our diets.

It is crucial, however, that public attitudes towards food change. Kitchen gardens, food education, organic farming and maybe even sanctions for wasting food are necessary if we want to keep eating good quality and healthy food.

Governments, businesses and individuals need to employ creative and joined-up thinking, and a collective effort will be needed to keep food on the world’s tables.

About the Author Tom Vaughan