Hydraulic Fracturing: The Solution? Or The Problem? 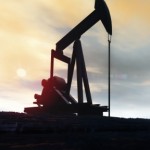 Fracking or hydraulic fracturing is the fracturing of rock by a pressurized liquid. Induced fracking is the name given to the practice of drilling down into hard shale rock, and then pumping huge quantities of water, sand and chemicals down the hole, to fracture the surrounding rock. The resulting fissures form conduits along which fluids such as gas, petroleum, and groundwater may migrate to a well.

The controversial process has been the focus of public and environmental media attention in recent weeks as North Carolina’s State Senator Bob Rucho looks to unlock the states oil and gas resources, stimulating further debate on the pros and cons of fracking.

In recent years its hard to ignore evidence that shale rich states with large funds are fast tracking the U.S. to become the world’s largest oil producer by the end of the decade. Rucho said. “We believe we have a significant resource here (North Carolina). The upside potential is tremendous.” However the potential can only be certain once the controversial technique known as fracking begins as research predictions fluctuate largely and are often changing. Whilst it seems that given its apparent potential fracking is a good move, however the process often comes with great risks.

The greatest risk is posed by the sewage above ground, which can contain heavy metals, highly concentrated salts or radioactive substances from rock strata deep below. Therefore, secure treatment of the sewage must be guaranteed. Many dangers associated with ground water pollution can be avoided in selecting an appropriate extraction site. The proposed legislation would lift the temporary prohibition on unconventional drilling and give the state an October 2014 deadline for crafting regulations.

The key question faced by those supporting fracking in North Carolina is what will happen to millions of gallons of chemical-laced water left behind by drillers? Wastewater disposal is one of many challenges facing a state with no history of fossil fuel production. Due to North Carolina’s geology there would be only one feasible dumping ground; the states coastal regions. Shale deposits of the state are located far West where the hard underlying bedrock can’t absorb the waste water. Without alternative the most likely solution is to transport the water waste hundreds of miles East and inject it into aquifers beneath the Coastal Plains, where surrounding geological layers are more porous. This alternative stirs more concerns about the risk to already stressed water supplies coupled with the large quantities of wastewater in close proximity to beach communities. Several coastal localities, including the city of Wilmington, have passed resolutions urging lawmakers to keep the ban intact, citing similar concerns.

The proposal comes at a bad time for the state, as population growth, recent dry spells, and increased salt seepage into freshwater aquifers have strained drinking water supplies.

Reactions to this problem has led state and local officials considering using water from mildly salty coastal aquifers and converting it into drinking water. But if fracking waste ends up in those aquifers, the water would be unavailable.

By keeping the cheapest disposal option off the table, North Carolina could scare off energy companies however Rep. Rick Catlin, a first-term Republican from Wilmington and an engineer and geologist who is passionate about conserving North Carolina’s aquifers says “Water is the new gold. Why would we want to ruin that resource?”